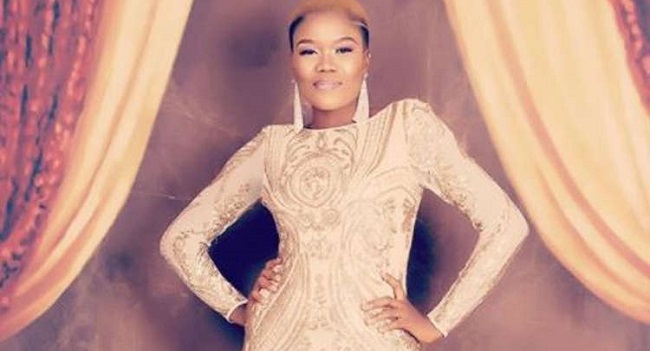 Burgeoning Nollywood actress Ebere Ohakwe says she is yet to receive the sum of N1.25 million- a sum awarded to her by a Federal High Court in Port-Harcourt over an assault she suffered in the hands of an officer of the Nigerian Army.

The actress who revealed that much in an interview, said the officer in question identified as Sulaiman whom she dragged to court is yet to fulfill the order made by the court.

Ohakwe also added that she has not even seen a written apology by the Nigerian Army in at least two national dailies to her as ordered by the court.

She said; “I am yet to speak with my lawyer, but I think he knows what to do and the next step to take. I am happy with the outcome of the case in court.”

The fair skinned actress also revealed that she initially didn’t want to take the case to court but she had to after her aggressor abandoned her in the hospital.

“At first, I didn’t want to take them to court though I was suffering serious pains and I couldn’t do anything for seven months due to the injuries I sustained. The military told a lot of lies about me. They gave the public the impression that they were sorry and that they had supported me, but they didn’t do anything. I am not happy fighting the government.”

Recall that the actress was battered by the army officer in question in February, 2017, after he claimed that she was gossiping him.

Ohakwe reportedly sustained serious injuries as she suffered a lifeless leg for a long time and had internal bleeding after she was severally battered with an iron rod by the army officer.

Nominees for Future Awards 2018 soon to be named