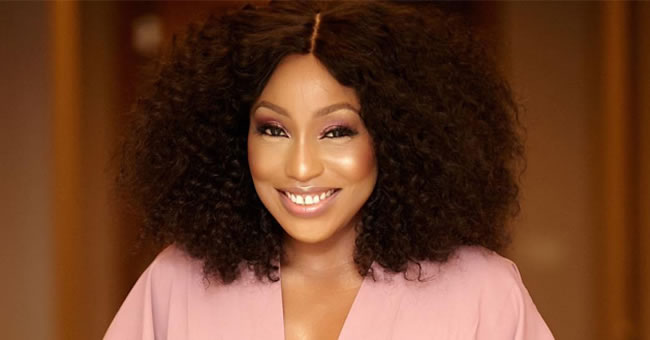 The wave and growing increase of hacking and data breaches around the world is considered to be the highest ever recorded over the years with brands, celebrities and politicians mostly the major targets.

24-hours ago, American computer giant Dell announced that it recently spotted an attempt by hackers to steal customer data like names, email addresses, and “hashed” passwords, which are hard to decipher.

Reports say the hackers stole date including the full names, addresses and phone numbers of users in the attack which reportedly happened in 2016.

Similarly, the hacking wave has swept through the Nigerian movie industry dubbed Nollywood with some personalities falling prey to desperate hackers who steal data to back up their nefarious activities.

Nollywood actress Rita Dominic has reacted to a recent leak of her personal mobile number on social media by a notorious hacker who goes by the name Yusuf.

The actress said ever since her phone number was leaked on the social media page of a celebrity whose account has also been compromised, she received thousands of messages, and now belongs to over 1000 groups on Whatsapp.

Reports say former Big Brother Naija housemate Nina was also a victim of Yusuf who hacked her account and subsequently took over as the admin.

Recall sometime ago that actress Ebube Nwagbo raised an alarm after she was accosted severally at events by people who claimed they paid her money to deliver her hairline product but she refused to deliver and later deleted their contact on BlackBerry Messenger.

The constant accusation forced the actress to launch an investigation where she found out she there are several accounts similar to hers set up by others who claim to be the real Ebube Nwagbo.

The actress particularly mentioned then that there was a certain lady that bears a Blackberry I.D Posh Ebube which is similar to her BB ID who had been adding other people on the social media platform and claiming to be the real Ebube.

The thespian said the scammers are taking advantage of her expensive hair line to dupe people of money promising to deliver hair to them after they have paid into a certain account number which the impostors send out.

Two months ago, Justice P. I. Ajoku of a Federal High Court sitting in Benin City, Edo State, convicted one Ekoh Noel who was arraigned on a one count charge of obtaining by false pretense.

The convict was said to have impersonated and represented himself as Mike Ezuruonye, a popular Nollywood Star on Facebook to defraud unsuspecting users on the social media ‎platform.