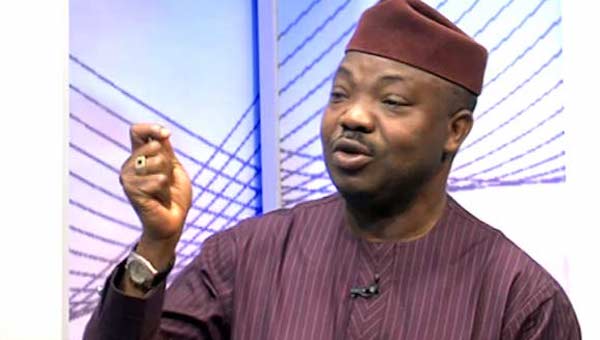 The Southern and Middle Belt Leaders Forum (SMBLF) has reacted to a statement credited to the Kaduna-based Islamic cleric, Sheikh Ahmad Gumi, on the ongoing crisis caused by the activities of Fulani herdsmen in Nigeria.

Gumi, who featured in a programme on African Independent Television (AIT) on Thursday, claimed that the bandits are terrorising communities in the North-West and North-Central because of the injustice meted out to them by the Nigerian nation.

He also repeated his call for amnesty for the armed bandits.

However, in a statement jointly signed by Yinka Odumakin (South-West), Chief Guy Ikokwu South-East), Senator Bassey Henshaw (South-South) and Dr. Isuwa Dogo (Middle-Belt), the Forum insisted that Gumi has only revealed his kind of person with the claim of injustice to the bandits.

The SLMBF accused the North and the Fulanis of perpetrating injustice in Nigeria.

The statement read: “The Southern and Middle Belt Leaders Forum is not in the least surprised by Sheik Gunmi unveiling of his real being on AIT this morning asking for amnesty for bandits whom he said are fighting against the injustices Nigeria has done to the north.

Part of those injustices must have been electing Buhari twice as President despite his scant regard for the sensitivity required of a multiple country like Nigeria.

“The country for almost six years has been soaking all manners of lopsidedness, nepotism and running the country like a Fulani Republic.

“As part of the injustices to the north, Fulani herdsmen have been killing people with reckless abandon in all parts of Nigeria with the administration defending them and giving them soft landing with the open bias of Mr. President.

“Fulanis are daily pouring into Nigeria to change our demography and Nigeria is doing more in Niger Republic than Nigeria at the moment with resources from non-Fulani areas.

“The injustices Nigeria has done to the North is so much for the bandits to do what they are doing to the rest of us and for Buhari to be looking the other way.

“We want to know from Gumi if the Hausas are protesting the injustices Fulanis are doing to them and the rest of Nigeria or if it is Nigeria that is doing any injustice to the north.

“We know Fulani bandits are doing crimes in all non- Fulani communities but Gumi should not confuse us with North except he is on deception all along.

“It is a known fact that the main injustice in Nigeria is the skewed federalism that allows the North to be in almost total control of oil and mineral resources in the Niger Delta and the VAT from other parts of the country to the disadvantage of host communities.

“The Nigeria Ports Authority in Lagos is under the control of a Fulani lady just like most of the agencies in charge of oil and gas in an unhidden agenda of Fulanisation of Nigeria.

“This is one of the major reasons SMBLF is in court to challenge the lopsided arrangement.

“It is the Fulani and the core North doing pure injustice to the rest of Nigeria.”