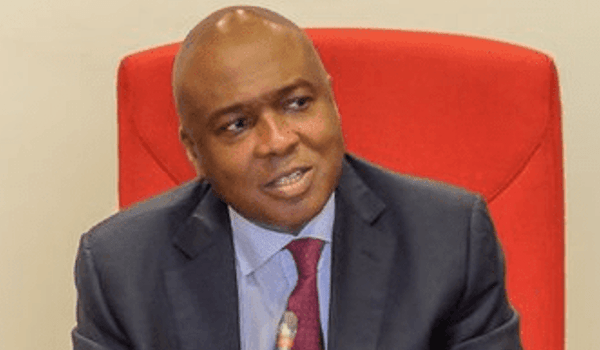 Former Senate President, Bukola Saraki Friday harped on the position of the North-Central region in the country, insisting that it will determine the future of the country.

Saraki, a former governor of Kwara state, while arguing that the region would further develop the country, said the mineral resource deposits in the region was a huge source of income in the future.

The former Senate President stated this when he received the leaders of the North Central People’s Forum (NCPF) in his Abuja home, adding that the North-Central region belongs to Nigeria and deserves every consideration others will get in the 2023 permutations.

Saraki, who was made patron of the NCPF, said he is very happy with the formation of the forum adding that it was long overdue.

According to him, the concept for the establishment of the NCPF was for the people of the region to come together and share ideas on how to develop the area.

He said:“The nomenclature is now clear, the boundaries are clear.
“The whole purpose is for development. Politics should not be considered at this stage.

“The future of the country lies on North Central because of the mineral resources. If the North Central is developed, Nigeria will develop”.

Speaking further, Saraki said his late father and Chief Sunday Awoniyi did their best for the region and called on the people of the North Central to ensure that they support the leaders to achieve success.

While urging the leaders of NCPF to take their work seriously, Saraki called for unity among Nigerians.

“There are many areas Nigeria can explore to develop. Areas of agriculture and mineral resources need to be developed. As I said, we have all these in abundance in the North Central.

“If you look across the North Central region, irrigation farming is inadequate considering the huge opportunity we have.

On the permutations for 2023, Saraki said the North Central region is part of Nigeria and deserve every consideration.