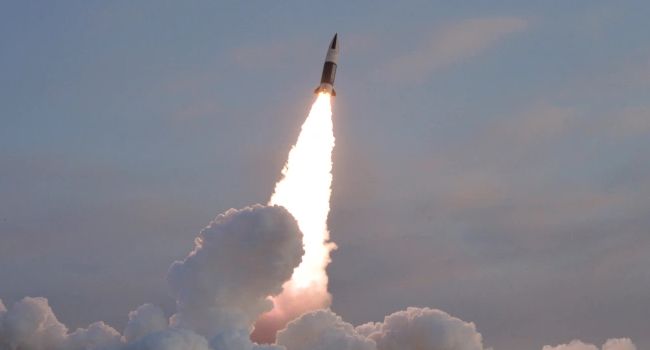 North Korea on Tuesday, fired its 14th ballistic missile towards its east coast one week after it said it would be forced to deploy nuclear weapons if threatened by its southern neighbours, according to South Korea’s military.

The South Korean Joint Chiefs of Staff (JCS) said in a statement that it detected the launch at about 12:03pm (03:03 GMT) from the Sunan area of the North Korean capital of Pyongyang, while Japan’s Coast Guard also reported the launch and said it could be a ballistic missile.

The JCS said the missile flew 470 kilometres at a top altitude of 780 km and speed of Mach 11.

The launch of the ballistic missile by North Korea, its 14th weapons test of 2022, comes less than a week before South Korea’s newly elected President Yoon Suk-yeol, is due to be sworn into office.

Pyongyang last month tested its first intercontinental ballistic missile (ICBM) since 2017, as it ratchets up the diplomatic pressure on its regional neighbours and the United States.

Read also: North Korea warns South it would use nuclear weapons if threatened

“Our military is tracking and monitoring related movements to prepare against the possibility of an additional launch, and it is maintaining a full readiness posture,” the JCS said in a message sent to reporters.

It urged Pyongyang to immediately stop the ballistic missile tests, which it criticised as a “clear” breach of UN Security Council resolutions and a “grave threat” that undermines peace on the Korean Peninsula and beyond.