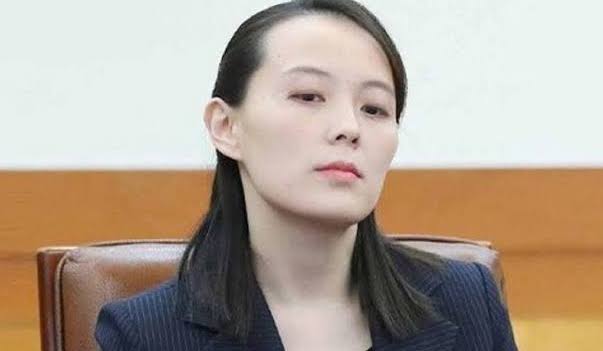 She was reacting to South Korea’s defence chief, Suh Wook’s remark on his country’s military strides.

Wook had said in a chat with journalists in Seoul that South Korean military had advanced weapons capable of accurately and quickly hitting any target in North Korea following recent launch of an Intercontinental Ballistic Missile by Pyongyang.

In a statement, Kim who called Wook a “lunatic,” said mentioning a pre-emptive strike against a nuclear power was a “very big mistake” to make and would be taken seriously.

She said: “In case South Korea opts for military confrontation with us, our nuclear combat force will have to inevitably carry out its duty.”

Kim, who is a leading policy adviser to her brother, stressed that the primary mission for her country’s nuclear forces was to act as a deterrent.

She had earlier warned the South to “discipline itself if it wants to stave off disaster.”

Related Topics:North Korea
Up Next

Two dead as devastating tornadoes rip through US Texas state