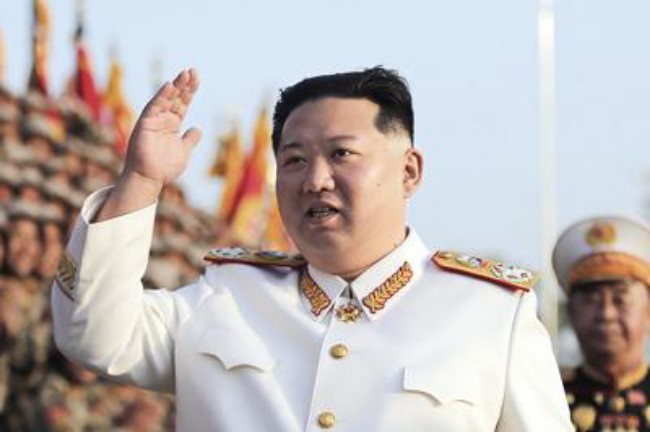 North Korean autocratic leader, Kim Jong Un, has warned its southern neighbours that he could order the use of nuclear weapons in preemptive strikes if threatened, as he praised his top military officials over the staging of a massive military parade in the capital, Pyongyang, on Friday.

Jong Un expressed his “firm will” to continue developing the country’s nuclear-armed military so that it could “preemptively and thoroughly contain and frustrate all dangerous attempts and threatening moves, including ever-escalating nuclear threats from hostile forces, if necessary,” he said in a statement on Saturday.

Kim who called his military officials to praise their work at the parade where North Korea showcased the biggest weapons in its military’s nuclear program, including intercontinental ballistic missiles that could potentially reach the U.S. homeland and a variety of shorter-range solid-fuel missiles, insisted he would not hold back in ordering a strike on South Korea, Japan, or any country that poses a threat.

North Korea has conducted 13 rounds of weapons launches in 2022 alone, including its first full-range test of an ICBM since 2017, as Kim exploits a favorable environment to push forward its weapons program as the U.N. Security Council remains divided and effectively paralyzed over Russia’s war in Ukraine.