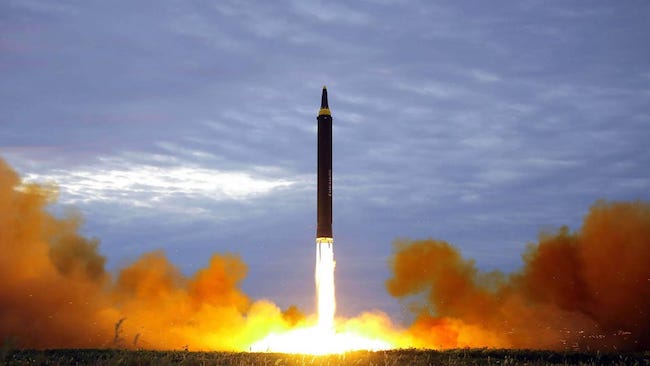 North and South Korea on Wednesday test-launched ballistic missiles hours apart from each other in a display of military might.

The moves came amidst a failed diplomatic push to strip North Korea of its nuclear program by rival South and its European and Asian allies.

Seoul added that a domestically-built missile fired from a 3,000-ton-class submarine flew over a set distance before hitting a designated target.

In a statement carried by state media, Kim slammed Moon Jae-in for describing North Korean weapons demonstrations as a provocation, and warned of a “complete destruction” of bilateral relations if he continues with the slander of North Korea.

The missiles launch underscored a return of tensions between the rivals at a time when talks aimed at stripping North Korea of its nuclear program had stalled.

Related Topics:MisslesNorth KoreaSouth Korea
Up Next