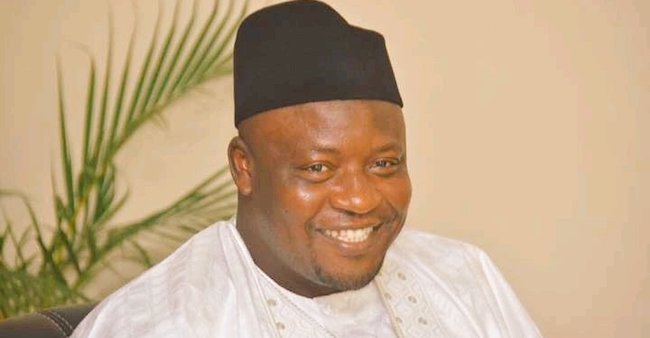 A former member of the House of Representatives, Kawu Sumaila, said on Monday the South would only have a shot at the presidency in 2023 through dialogue, and not intimidation or blackmail.

The Southern governors and other others stakeholders have been demanding power shift to the region next year.

Sumaila stated this in a statement in Abuja.

He was reacting to a remark credited to the Minister of Labour and Employment, Chris Ngige, on the zoning of the 2023 presidency.

The minister had in a chat with journalists last week said any political party that fielded a Northern presidential candidate would lose in 2023.

The ex-lawmaker, however, urged Ngige and his associates to stop open confrontation that would not guarantee anything.

He noted that Ngige and the South-East did not contribute to the success of the All Progressives Congress (APC) in the 2015 and 2019 elections.

Sumaila said: “I think the likes of Ngige should be placed where they belong. You cannot come and try to intimidate the North in the media. Politics everywhere in the world is a game of numbers, and those that have the numbers can decide who leads them.

“I want to say without fear of contradiction that the North will no succumb to intimidation or blackmail of the likes of Ngige. The North can only cede power through peaceful negotiations and dialogue. Open confrontation will not give the South presidency.

“Maybe one should refresh Ngige’s memory. We were all in this country when Goodluck Jonathan contested and won the presidential election in 2011 even when it was the turn of the North to complete the late President Umaru Musa Yar’Adua’s tenure. Did the world come to an end then? Certainly not!

“So, nobody should try to bamboozle us today just because of the 2023 presidency. If the North wants to contest, I don’t think anybody can stop it through intimidation. Let this sink in the minds of Ngige and his co-travellers.

“I also want to make it clear that I have a lot of respect for Ngige. I worked closely with him during the formation of APC. But I felt it was important to make things clear on the issue of the 2023 presidency.”

Related Topics:2023 presidencySumaila
Up Next

PDP will rescue Nigeria from APC in 2023 —Bayelsa Gov, Diri