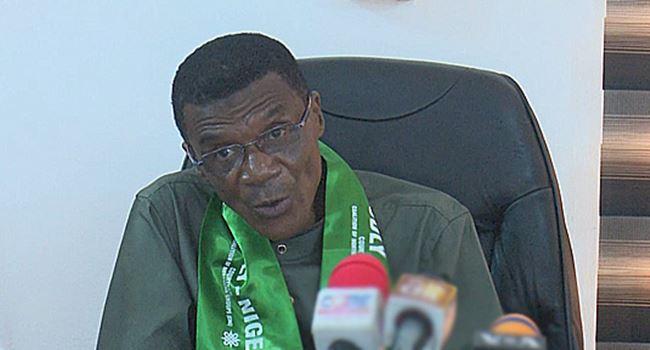 The Coalition of Northern Groups (CNG) has rejected the resolution of the Southern Governors Forum (SGF) for the 2023 Presidency to be zoned to the south, saying such a move is undemocratic.

In a statement on Tuesday, CNG spokesperson, Abdul-Azeez Suleiman, accused the Southern governors of ganging up against the North in an attempt to muzzle the region politically.

Suleman added that what the SGF did at their meeting in Lagos on Monday was nothing but reasonable felony and would not be accepted by the north.

The group insisted that the North would not be stampeded into making major decisions around power shift.

It added that only a candidate who is competent and can unite and secure Nigeria should be President in 2023, irrespective of where he or she comes from.

“The Southern governors’ resolutions have further exposed a deliberate attempt to impose a contentious system of a rotational presidency that turns all democratic norms and accepted indices of our national demography on their heads,” the statement noted.

“The call for a rotation system is clearly aimed at achieving dubious political goals and one clearly designed to weaken the North.

“The Southern governors’ threat to impose and enforce this undemocratic leadership selection process on the North, irrespective of its advantage of numerical superiority and inherent political sophistry, is part of a calculated design to continuously weaken our region politically and pauperise it economically.

“This conspiracy is actively perpetrated with the connivance of some northerners and accommodated by the personal ambition of a few of those that present themselves as northern political leaders.

“Inevitably, the immediate trigger to the Lagos pronouncements was the collaborative assurances by the former Borno State Governor, Kashim Shettima and the Kaduna State Governor Nasir Elrufai given just two days earlier.”

“We warn the Southern governors and their northern collaborators that any attempt to ride on the back of such gratuitous insults to democratic fair play and crass political opportunism, to hoist incompetent leadership on the nation in the name of rotation would not be accepted and shall be vehemently resisted,” CNG added.