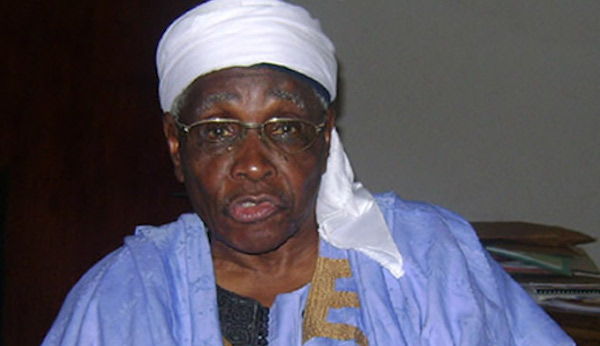 The Northern Elders Forum (NEF) has alleged that the South was using the agitation for restructuring to bargain for the zoning of 2023 presidency to their zone.

Speaking at the Northern Summit held at the Arewa House in Kaduna on Wednesday, the NEF, led by Prof. Ango Abdullahi said Southern leaders were threatening the North with the restructuring crusade to achieve its objective.

Abdullahi, who was a former presidential adviser on agriculture, said the approach by the South would destroy the merit of restructuring and put the country in danger.

“Using restructuring as a threat or bargaining tool for accepting zoning will destroy the imperatives of restructuring and imperil the country,” he said.

He maintained that Northerners will not vote on ethnic and religious lines, stressing that the secession threats in some parts of the country should be seriously addressed by the Federal Government to keep Nigeria as an entity.

Similarly, the Arewa Consultative Forum (ACF) had also complained that the South was also provoking the North by what it described as attacks on Northerners in the three Southern regions.

The ACF Deputy Chairman, Senator Ibrahim Ida, who described the North as the fabric holding the nation together said the region should not be taken for granted and called for unity, cohesion, and consensus-building in the North to survive the challenges.

He said: “We are the fabric holding Nigeria together. We are being provoked by the incessant attacks on Northerners in the South. We must therefore ensure at the end that nobody takes us for granted or underestimate us. Let us change the template, portray our interest in the way we want it.”

“The North is at a crossroad. We really need internal cohesion through elite consensus of what the North stands for, the resources available and what we want to achieve.

“We have enemies within and we need to turn them around and make them see things our own way. There is an absence of inclusion in the way we run our affairs.”