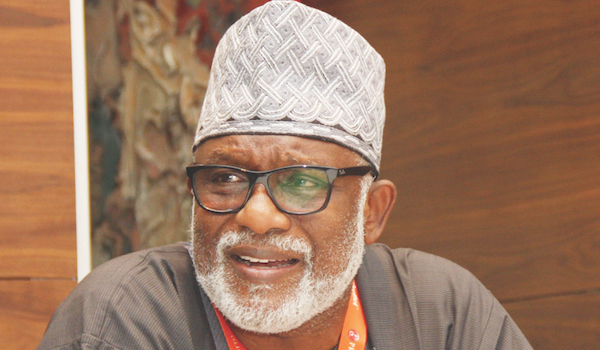 The Northern Elders Forum (NEF) has faulted the decision of the Ondo State Governor, Rotimi Akeredolu, over the adoption of the Oodua anthem in public schools in the state.

The NEF, in a statement on Sunday made available to Ripples Nigeria, said the introduction of the anthem was “a very serious assault on the integrity of Nigeria.”

The state government had released a circular on May 6, which was signed by the Permanent Secretary of the State Teaching Service Commission, Tolu Adeyemi, and addressed to the Tutors-General, All TESCOM zonal directors and principals of public secondary schools in the state, making it mandatory for students in public schools to recite the Oduduwa anthem in all functions in public secondary schools across the state.

“The present administration of Arakunrin Okuwarotimi Akeredolu has adopted Oduduwa anthem as part of the civic responsibility of all residents in the state.

“To this end, the singing of the Oduduwa anthem has become mandatory at all functions, in all public secondary schools in the state.

Read also: Buhari should be impeached, he has nothing to offer Nigerians —Northern Elders

“Therefore, all school principals and other top functionaries in the public secondary schools are enjoined to adopt, teach and encourage the singing of Oduduwa anthem at all functions, especially at the morning assembly in all schools,” the circular had read.

However, in the statement signed by the NEF Director of Publicity and Advocacy, Hakeem Baba-Ahmed, the northern group kicked against the move, saying it would further alienate sections of the Nigerian society.

“If this is true, it represents a very serious assault on the integrity of the country by people who have sworn to uphold and protect it.

“There’s only one anthem our children should sing and recognize. If there are other symbols with cultural significance they should be made to identify with, it should not be elevated to the level of a national anthem, or even supersede it.

“It the federal government is on its toes protecting the boundaries of our unity and national integrity, it would challenge this in court.

“It would also raise its levels of vigilance over the drift by politicians enjoying the benefits of our constitution who are pandering to very dangerous divisive tendencies.”

Okorocha, Uzodinma are traitors to Ndigbo cause, we can’t collect funds from them —IPOB