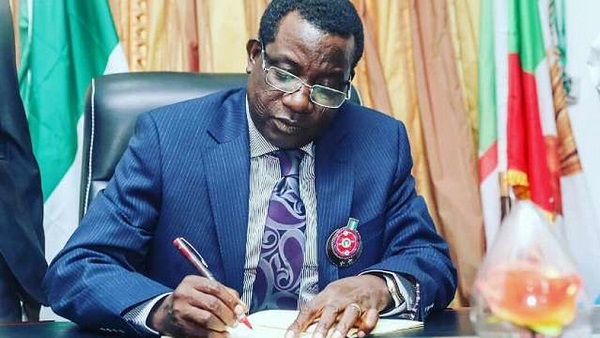 The Northern States Governors Forum, comprising of the governors of the 19 northern states on Thursday adopted the National Livestock Transform okation Plan of the Federal Government.

The governors also called on their colleagues in other parts of the country to follow suit during their emergency meeting at the Sir Kashim Ibrahim Government House in Kaduna.

The chairman of the forum, Governor Simon Lalong of Plateau State, on behalf of his colleagues, also congratulated President Muhammadu Buhari on his victory at the Presidential Election Tribunal, urging him to carry every body along in the next four years as he presides over the affairs of the country.

Reading the communiqué after the meeting, Lalong said the National Livestock Transformation Plan would ensure peace and stability in the region as well as resettle “dislocated populations in the key conflict zones to enable them to become part of the agricultural modernisation process.”

He added: “In the same vein, it will provide a mechanism for peaceful dialogue and reconciliation in the affected communities towards a harmonious mutually beneficial future

“The forum therefore adopted the National Livestock Transformation Plan which lays out a clear path for modernising pastoral activities.”

The governor further said that the plan will further encourage other states not included as pilot states to endeavour to join the plan/programme.

On insecurity, he expressed the forum’s unwavering determination to rescue the region and reposition it to meet the yearnings and aspirations of the people, especially in the areas of security economic and social development

“The Northern States Governors’ Forum convened an emergency meeting to discuss some topical issues of common interest, particularly development of the agricultural sector being the economic livewire of the region.

Read also: I will recover all looted funds from Oyo treasury —Makinde

“The forum was well- informed about the National Livestock Transformation Plan and its disparities with the RUGA.

“It is expected that the plan would ensure resettling and addressing the dislocated populations in the key conflict zones to enable them to become part of the agricultural modernisation process”, he said.