‘Not begging for forgiveness from anybody,’ 2face claims after sparks of marital trouble | Ripples Nigeria

Home » Life's Blog » ‘Not begging for forgiveness from anybody,’ 2face claims after sparks of marital trouble 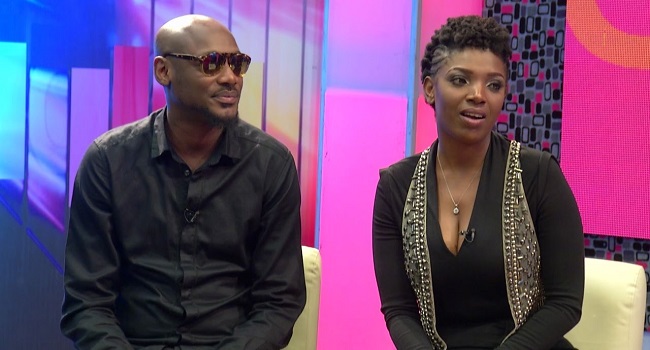 Nigerian pop star, 2face Idibia, has said he is not begging for forgiveness from anybody after sparking marital trouble rumours when he posted a message on his Twitter page seeking forgiveness from his wife Annie Idibia.

It turned out that, like comedian Seyi Law, 2face pulled a stunt on his followers on Twitter when he took to social media to apologise to his wife and mother of two children over an undisclosed reason.

In a tweet posted on his timeline, 2face said he is not asking for forgiveness from anybody.

“Sorry for disappointing anybody, I am not asking for forgiveness,” the singer posted after his initial message started to gain traction on the Internet.

2face set the rumour mill spinning with his public apology on Twitter in the early hours of Monday, February 11, 2019, in what might be the most searched tweet today on the Nigerian celebrity sphere when he wrote thus; “I’m sorry to say that I have fucked up so much. I have fucked up as a role model as a father and as a husband. Annie I’m sorry. I know u tried your best,” he tweeted.

The ‘African Queen’ crooner further continued his Twitter post about his relationship with his wife and fans, even though it wasn’t so clear what he was trying to say or communicate in the message.

This is the second time over the last 24-hours that a celebrity couple story has broken the Internet over a possible marriage crack.

Recall that comedian Seyi Law refuted the announcement he made on his Instagram page in the early hours of Sunday claiming that he had parted ways with his wife of eight-years, Stacy Ebere.