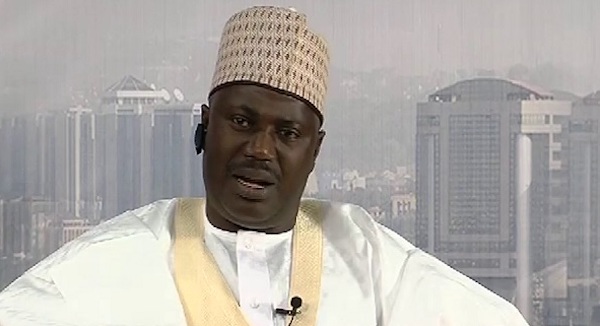 The senator who reintroduced the controversial hate speech bill that seeks tougher punishment for purveyors of hate speech and falsehood, Aliyu Abdullahi, claimed on Monday he has been receiving threat messages from Nigerians after the bill scaled the first reading at the upper legislative chamber.

The National Commission for the Prohibition of Hate Speech Bill was reintroduced in the Senate last week and the defiant senator told journalists at a press briefing in Abuja that he would not back down from the decision to push the bill through.

The Senate had on Monday distanced itself from the Hate Speech Bill, saying it was an idea that emanated from a member of the upper legislative chamber.

The Chairman of Senate Committee on Media and Public Affairs, Senator Godiya Akwashiki, who addressed the media on the matter, said the bill was not the idea of the ninth Senate but that of an individual member of the Senate.

Although Abdullahi did not mention kind of threats he has been receiving, he vowed not to “shy away from his responsibility.”

He said: “Like somebody wrote to me, over the past 10 days or so since the bill was read for the first time, I have received all kinds of messages some even including threats. But I am not bothered about that. In all of these, if I receive one commendation, it gladdens my heart and I did receive many commendations and one stood out and said there is so much hate in this country. We must check it.

“If you meet those who have lost their loved ones arising from religious or ethnicity, intolerance, and the like, I don’t think they will be smiling with you when you tell them hate speech is nonsense or does not exist. They have felt, seen and are living as victims of hate speech.”

On why the bill was not passed in the eight Senate, the senator said he did not pursue the bill because at the time the political atmosphere was already charged after the first reading of the bill.

“I reckon in my thinking that the atmosphere was not right for even debating the subject matter because, at the end of the day, we will be missing the point. So I did not pursue it.

“On assessing the reason why I introduced the bill in the 8th senate in the first instance, I have seen that these reasons are not abated. If anything, they are actually assuming a life of their own. So I decided that this bill be reintroduced and it was on the 12th of this month.”

Several prominent Nigerians including former Vice President Atiku Abubakar, Nobel Laureate, Prof. Wole Soyinka and other critics of the government have condemned the bill, arguing that it was conceived to silence the opposition and perceived enemies of the government.

The Peoples Democratic Party (PDP) had last week described the bill as an obnoxious piece of legislation with savage, repressive, cruel and murderous intents while a Senior Advocate of Nigeria, Mike Ozekhome, called it a nonsensical legislation waiting to consume Nigerians.

Kogi people have been weeping since announcement of results ―Wada