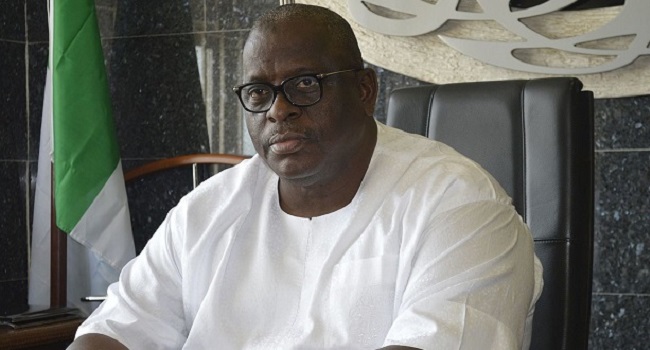 Following the court of appeal judgement in Ibadan that discarded an order by the Federal High court in Abeokuta, Senator Buruji Kashamu of the Peoples Democratic Party (PDP) has insisted that he is still the governorship candidate of the party in the state.

Kashamu who spoke to journalists in Lagos maintained that he remained unmoved by the judgement saying the court could not have pronounced on the nomination of candidates, let alone sacking him or anyone.

He explains. “The Court of Appeal said in its judgment that the matter before it was not a pre-election matter.

“That was not the prayers of PDP and its officers who are the appellants in the matter and so such a prayer could not have been granted.

“Some have erroneously said that the Independent National Electoral Commission, INEC, accepted our list of candidates for the 2019 general election based on the interlocutory orders of the Federal High Court, Abeokuta, which have now been set aside, then our nomination as candidates of the Ogun State PDP has been nullified.

“That cannot be true because the Lagos Division of the Federal High Court had in a full and final judgment delivered on the 24th of June, 2016.

“Again, on the 11th of July, 2018, the Lagos Division of the Court of Appeal in a well-considered ruling held that the appeal remained dismissed.

“It is the refusal by the Court of Appeal to relist the appeal that is now pending at the Supreme Court.

“The National Convention has come and gone. INEC has also complied with the orders of court and the subsisting judgments.

“So, how does the decision setting aside the orders of the Federal High Court affect us?”

Meanwhile, the PDP believes the Appeal Court judgement has settled the crisis rocking the party in Ogun State.

It called on Kashamu to follow the guidelines of the party and accept Ladi Adebutu as the party’s candidate.

Deputy National Publicity Secretary of the party, Diran Odeyemi said: “We call on him to embrace our candidate, Ladi Adebutu who passed through the laid down procedures and guidelines of the party.

“Senator Kashamu should seek the help of his lawyer to help interpret for him the ruling of the Appeal Court because the party is aware that he has approached the Supreme Court having lost out at the Appellate court. Going to the apex court shows that he has recognized that Hon. Adebutu is our candidate.”

Those who booed Buhari are ‘political imbeciles’ –Muslim group

Buhari presented a budget that has no hope, Saraki says