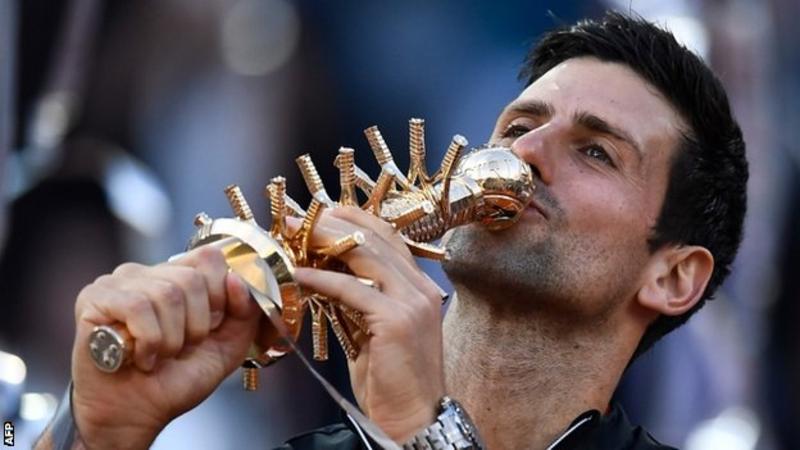 World number one, Novak Djokovic defeated Stefanos Tsitsipas on Sunday to win the Madrid Open for a third time.

It was Djokovic’s 74th Tour title.

“This is a very important win for me, especially for my confidence,” Djokovic told Sky Sports.

On his opponent, he added: “I needed to step up, Stefanos is very talented. He beat Rafa yesterday, he had a late night and he wasn’t as dynamic in his movement and that was probably due to his long match.”

Tsitsipas, who saved three match points, said of Djokovic: “It’s inspiring what you do, simply amazing. You deserve it.

“You had a great week. It was also a great one for me, with good memories and good crowd support.”

If Djokovic goes on to win the French Open next month, he will hold all four Grand Slam titles.