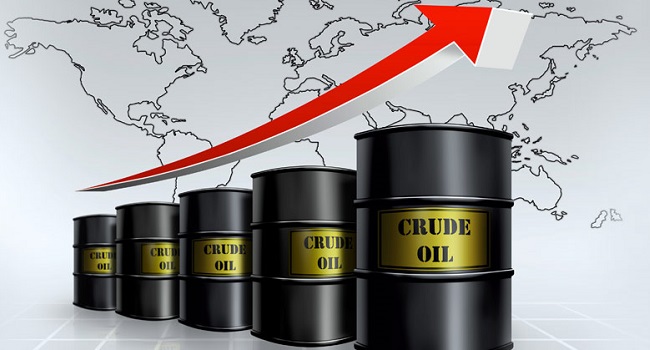 Crude oil production by the Nigerian Petroleum Development Company, NPDC, a subsidiary of the Nigerian National Petroleum Corporation, NNPC, has increased by 57,000 barrels per day.

This was disclosed in the January 2019 edition of the NNPC newsletter by the Group Managing Director of national oil company, Dr. Maikanti Baru.

According to Baru, with the development, the NNPC was well on its way to meeting the 500,000bpd target by 2020, adding that the NPDC had been a key contributor to the consistent year-to-year national crude oil production growth, which had seen a steady rise from an average of 1.2 million barrels of oil per day in 2016 to 1.86mbpd in 2017 and 2.06mbpd in 2018.

“It is also worthy to note that NPDC’s equity production share closed at over 200,700bpd, representing about 10 per cent of the national daily production.

The NNPC GMD also noted that with the NPDC’s supply of over 700 million standard cubic feet of gas per day to the Escravos-Lagos Pipeline System, the company had become the largest gas supplier to the domestic market.

While giving reasons for NPDC’s achievements, Baru said they were due to the introduction of some initiatives such as the Asset Management Team structure, strategic financing and autonomy.

Others include the security architecture framework review of the company, which promoted cooperation with joint venture partners and enhanced the decision-making process.

“We will continue to pursue the growth plan to transform the NPDC to the premier upstream company in Nigeria and entire sub-Saharan Africa,” Baru said.