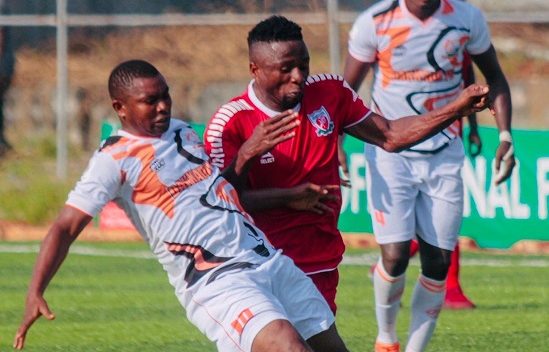 Nasarawa United have been sanctioned by the League Management Company (LMC) of the Nigeria Professional Football League (NPFL), following disturbances at the end of MatchDay 4 fixture in Lafia.

The LMC, in its resolve to stamp out assault on match officials during league games, imposed sanctions on the club which had faltered, on one of its players and on two backroom staff.

The club will now play all its home matches behind closed door indefinitely with some financial penalties while the player, Paul Seun Komolafe will serve a one year ban, the Curator, Aliyu Mohammed Hamzat is to serve a life ban from all NPFL match venues and activities, and the Media Officer, Eche Moses has been fined and cautioned.

All sanctions are to commence immediately, the LMC wote.

Hamzat, the club’s Curator was banned for life for leading the attack on the Referee and other match officials in violation of Rule C11 of the Framework and Rules of the NPFL.

Moses was cited for breach of Rule C1 for releasing or causing to be released, a written press statement unfairly criticizing match officials, a conduct deemed capable of bringing the League to disrepute. He is to pay a fine of One Hundred Thousand Naira (N100,000) with a warning to desist from such conduct.

The club, its player and backroom staff are allowed 48 hours to respond in writing, either accepting the decisions or electing to be tried by the NFF Disciplinary Committee.