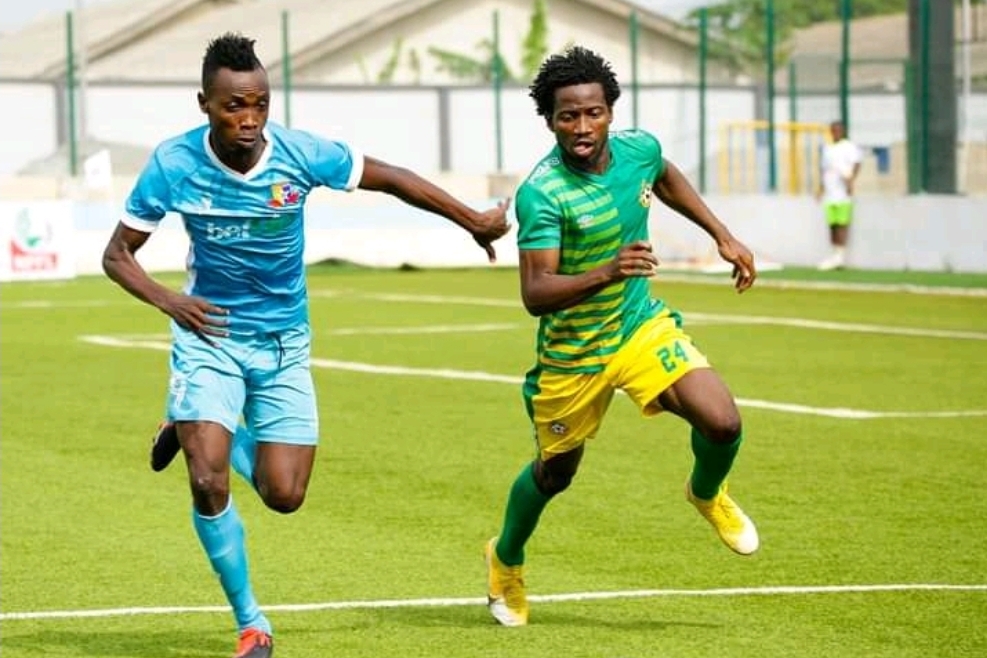 The Portharcourt club sealed a 4-1 victory over their visitors at the Adokiye Amiesimaka Stadium, Port Harcourt on Sunday.

Ishaq Rafiu had opened the scoring for Rivers United from the penalty spot before Akuneto’s hat-trick in the first half, while Austin Osayande scored a consolation.

Stanley Eguma’s side top the standings with 42 points from 19 games.

Mohammed Zulkifilu and Haggai Katoh scored both goals for Fidelis Ilechukwu’s side.

Kano Pillars boosted their survival hopes courtesy of a 3-1 win against Gombe United at the Muhammadu Dikko Stadium.

Pillars went in front through Ifeanyi Eze in the 12th minute and added the second seven minutes before the break while Yusuf Abdulazeez scored for Gombe on the stroke of halftime.

Kano Pillars captain Rabiu Ali then put the game beyond the visitors by netting the third two minutes from time.

In the day’s other fixture, Wikki Tourists were held to a 0-0 draw by Enyimba at the Abubakar Tafawa Balewa Stadium, Bauchi.