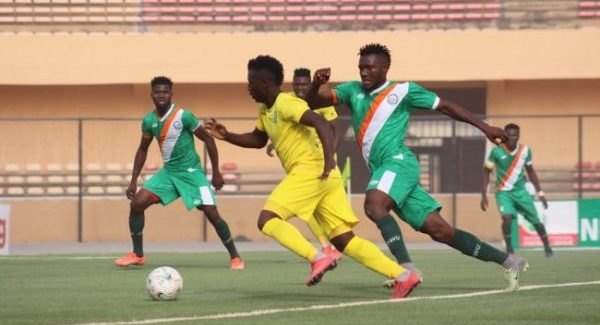 Uyo side, Akwa United moved to the top of the Nigeria Professional Football League (NPFL) after easing past Kwara United at the Godswill Akpabio International Stadium, Uyo on Sunday.

The Promise Keepers thrashed their visitors 3-0 to assume top spot ahead of Plateau United, who also won 1-0 against visiting MFM FC on Saturday.

The result took Akwa to 12 points, same as champions Plateau United, but they have a better goal difference than the Jos side.

In the other games on Sunday, Rivers United and Enyimba battled to a 1-1 draw at the Yakubu Gowon Stadium, Port Harcourt; Lobi Stars defeated Niger Tornadoes 3-1 in Makurdi, while Heartland were held to a 1-1 draw by Yobe Desert Stars in Owerri.

Full time results of NPFL matchday 5 of Saturday and Sunday: 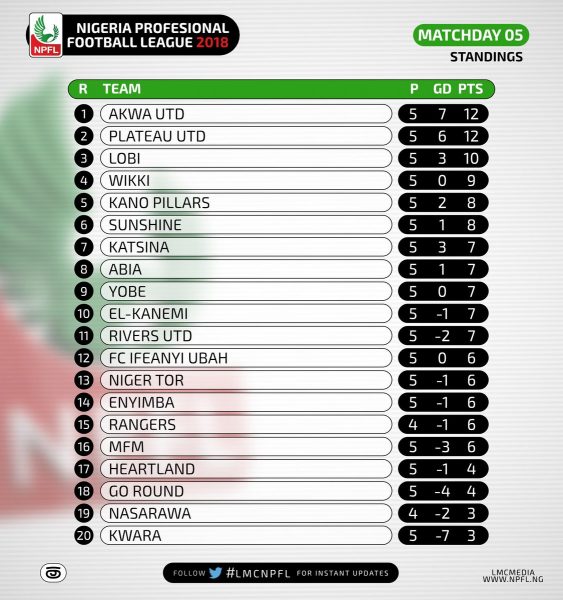