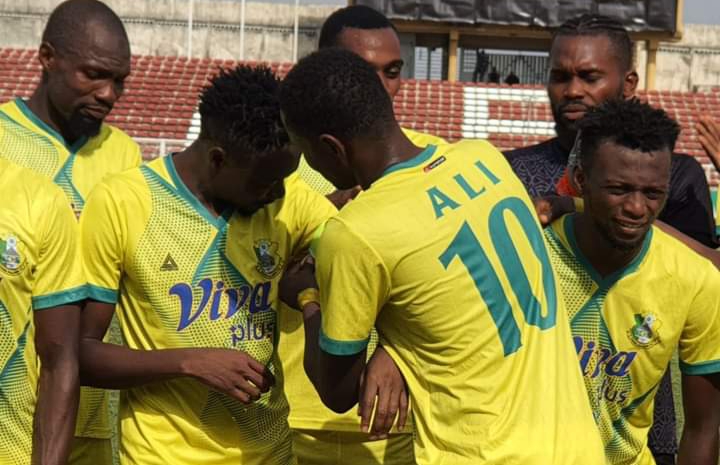 Super Eagles captain, Ahmed Musa was in action for Kano Pillars and bagged an assist while at it as his side defeated Adamawa United 1-0.

Musa, who rejoined recently Pillars, was making his second debut and he set up Rabiu Ali for the winning goal 10 minutes from time as Pillars edged out Adamawa in the matchday 21 encounter at the Ahmadu Bello Stadium.

Withe win, Pillars maintain second position on the table with 40 points from 21 matches.

Charles Atshimene bagged a brace, scoring in the 11th and 48th minutes.

In Ilorin, Kwara United returned to winning ways courtesy of a 2-0 home win against Plateau United, courtesy of goals by Jide Fatokun and Stephen Jude.

Read Also: Barca out of La Liga title race, Madrid in contention ahead of final day

Rivers United defeated Rangers 1-0 at the Nnamdi Azikwe Stadium while MFM moved up on the table courtesy of a 2-0 away win against Warri Wolves in Ozoro.