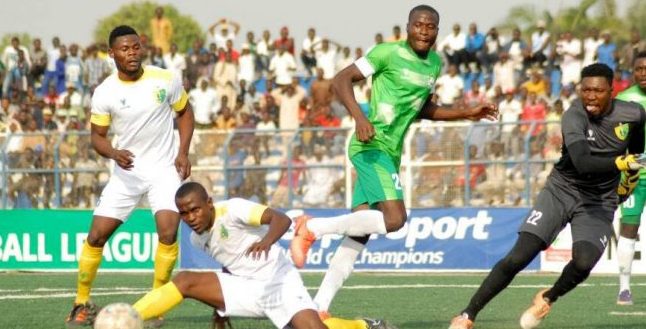 Champions of the Nigeria Professional Football League (NPFL), Plateau United began their title defence with a 1-0 away victory against Nassarawa United on Sunday.

The Jos side left it late thanks to a Raphael Ayagwa effort, ​to see off their hosts at the Lafia City Stadium.

​​Ayagwa was a substitute in the game and he came on for Benjamin Turbathe and made history for his side as this is the first time since 2013 that a title holder will win their first game of the season.

​The full results of NPFL matchday 1