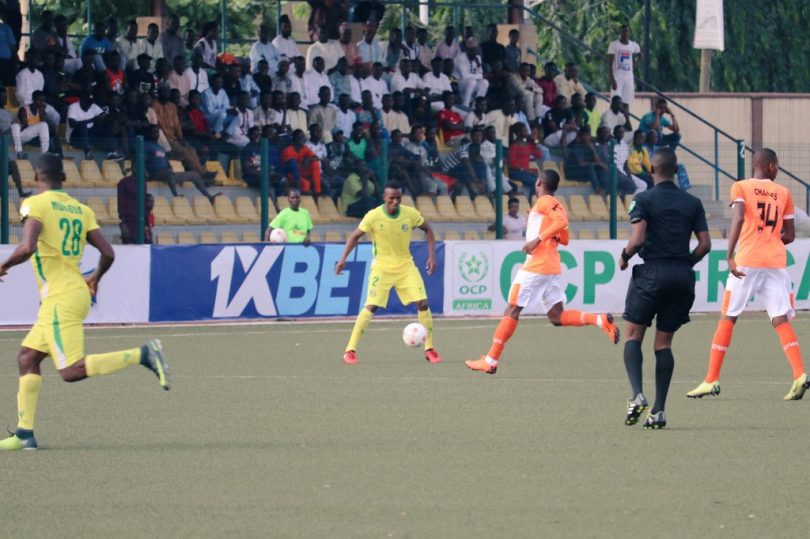 The opening game between oriental rivals, Enyimba of Aba and Enugu Rangers ended in the favour of the former, as a Joseph Osadiaye wrapped up the game at 1-0.

It was deserving of the Peoples Elephant, who dominated the opening half of the game, and got the winner five minutes into the second half.

In the match day one’s second fixture between Kano Pillars and Akwa United, fans had an exciting moment as four goals were scored in total.

The Kano side got ahead early in the third minute through a David Ebuka goal, before Akwa recovered from the early setback and got the equaliser through Ndifreke Effiong on 31 minutes.

Read Also: JUST IN: Joshua vs Ruiz rematch to take place ‘in November or December’

But it was not over for Pillars as they quickly took back the lead in few minutes, courtesy of a fine strike by Nyima Nwagua.

Again, Akwa United equalised; but this time almost immediately, with Godspower Aniefiok grabbing the equaliser in the 37th minute.

Both sides pushed for a winner, but no goal came till the final whistle.

The final encounter on Tuesday saw FC Ifeanyiubah battle defending champions Lobi Stars, who got off a good start in the play-offs.

Lobi got ahead in the 2nd minute thanks to a Samad Kadiri goal, but a leveler from Tega Ebetomame saw both sides stand 1-1 at halftime.

The champions then scored two more goals in the second half through Kadiri and Sikiru Alimi in the 60th and 63rd minute to wrap up the victory.

The matchday 2 is scheduled for Thursday also at the Agege Township Stadium.

The top two teams at the end of the play-offs will represent Nigeria at the CAF Champions League, while the third team will play at the CAF Confederation Cup.

The best team is crowned Nigerian champions of the 2018-19 league season. 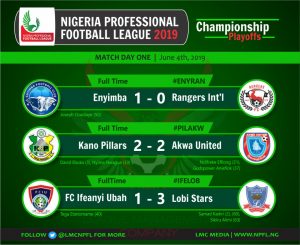