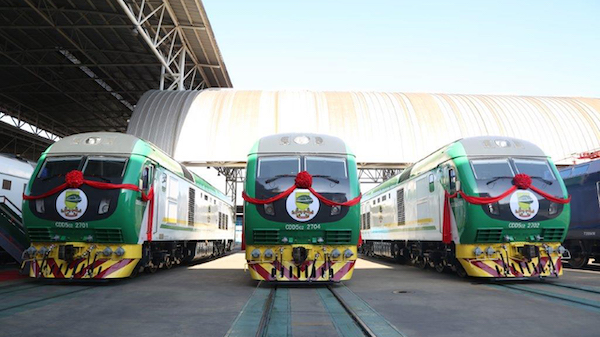 The Nigerian Railway Corporation Friday said it generated revenue worth N3.09 billion from rail services last year, noting that N1.5 billion of that sum came from the Abuja-Kaduna rail service.

Fidet Okhira, the NRC chief, made the revelation in a statement released in Abuja and signed by Taiye Elebiyo-Edeni, Media Assistant to the Minister of Transportation.

The Abuja-Kaduna rail line contributed nearly 130 million every month in 2019, compared to N80 million the year before.

Okhira said the rail line had been able to achieve success, noting that income generated from the Abuja-Kaduna rail service was committed to maintenance works in other stations in the northern part of the country.

He named one of the stations as the Maiduguri Station, which is not operational at the moment by reason of the insecurity in Borno State.

‘N90m was spent on running cost and payment of staff at the Maiduguri station, which could not operate for now due to insecurity in the state,’ the NRC managing director said, adding that ‘as at 2019, train operations nationwide generated about N3.09bn and we are targeting about N6bn when Lagos-Ibadan and Itakpe-Warri come on board.’

According to him, the reduction of passenger traffic from 80 to 40 persons per coach in compliance with the physical distancing rule will weigh on the estimated revenue for 2020.

ICPC vows to prosecute those who mismanaged COVID-19 contract funds