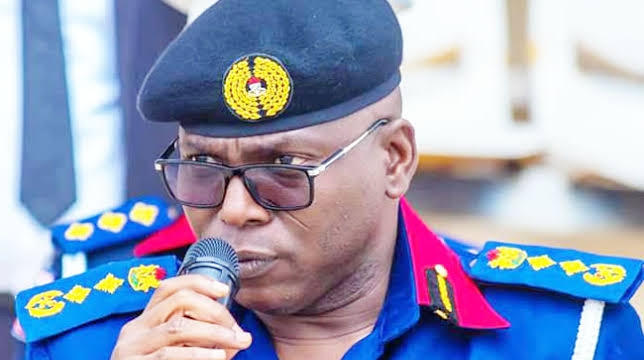 There seems to be disaffection among operatives of the Nigeria Security and Civil Defence Corps (NSCDC) over alleged discrimination of personnel based on the BSC/HND dichotomy which should have been abolished.

They also decried the non payment of about 26 months backlog of arrears to some class of operatives also due to the discrimination over possession of HND, as against BSC qualifications.

A source within the organisation told Ripples Nigeria that operatives are unhappy with the development, as it has dampened morale among officials of the corps who have been affected by the discriminatory policy.

While appealing to the Commandant General, Ahmed Audi, to redress the situation, the source revealed that the corps is yet to equate the rank of HND holders at par with their colleagues who hold a BSC, especially among the 2012 intake personnel.

“HND 2012 personnels that got advancement from rank of inspector (level 07) to Assistant superintendent of corp (level 08) during abolishing of HND/BSC dichotomy have not been paid since then.

“The affected personnels have their ASC 11 salary implemented late while other colleagues that got advancement the same date benefited their ASC 11 (level 08) salary Twenty-Six (26) months ahead of is.

“We implore you (CG) to do anything humanly possible to pay us said arrears”.

The source continued, that there is a need for the Commandant General of the corp to resolve the matter “to motivate the personnels, so they will deliver the mandate of the corp”.

Our source also revealed that personnel of the corp recruited in 2012 with HND qualifications have not had their ranks equated with other personnel recruited the same year with BSC qualification, and “despite that the federal government has abolished the dichotomy they (BSC holders) are already in rank of Superintendent of corp while HND (holders) are still in rank of ASC 11 till date”.

Efforts to reach the commandant general of the corps, Audi, for comments on the situation were unsuccessful, as he did not respond to a message to his line, even though it was confirmed to have been delivered.

PENGASSAN threatens strike over sack of members in Rivers State