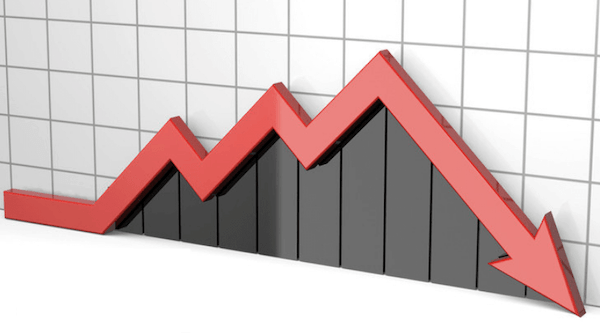 Nigerian stock market closed with N20.24 trillion in equity capitalization at the end of trading on Thursday.

This was N122.47 billion lower than the N20.36 trillion the bourse recorded on Wednesday.

The number of shares traded by investors dropped from 368.21 million to 169.35 million during the day’s activities.

This impacted negatively on the value of shares which dropped from N4.90 billion to N2.11 billion at the close of trading.

Smart Product Nigeria topped the gainers’ chart on Thursday as the company’s share price rose by 10 percent and moved from N0.2kobo to N0.22kobo per share.

International Breweries share price rose by N0.45kobo to move from N4.55kobo to N5.

Champion Breweries gained N0.2kobo during trading and increased its share price from N2.2kobo to N2.40kobo.

Livestock gained N0.13kobo in share price to move from N1.7kobo to N1.83kobo per share at the end of trading.

African Alliance Insurance topped the losers’ chart after shedding 8.33 percent during trading and dropped its share price from N0.24 kobo to N0.22kobo.

Mutual Benefit share price declined from N0.42kobo to N0.39kobo following a loss of 7.14 percent in its share price.

For top traded shares, AIICO was the most active stock on Thursday as investors traded 19.67 million shares worth N23.34 million.