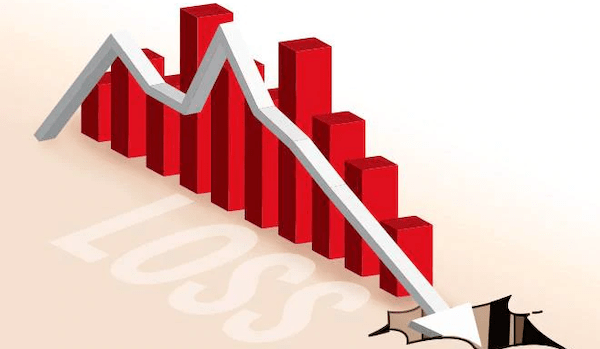 The losses recorded by Bitcoin investors seemed to have drowned investors’ confidence across the nation’s capital market as low participation and massive selloff led to the loss of N300.96 billion in the bourse

The value of the Bitcoin crashed earlier on Wednesday, costing holders $65.23 billion.

The Nigerian stock market is also experiencing the same meltdown as market capitalisation dropped from N20.33 trillion to N20.03 trillion on Wednesday.

This was lower than the 204.64 million shares valued at N1.83 billion that were exchanged by investors in 3,940 deals on Tuesday.

MRS led the gainers’ chart after its share price rose by N1.10kobo to move from N11 to N12.10kobo per share at the close of business.

Japaul share price increased by 9.62 percent to end trading with N0.57kobo from N0.52kobo.

Regal Insurance gained 8.82 percent in share price to move from N0.34kobo to N0.37kobo per share at the end of trading.

Airtel Africa topped the losers’ chart after shedding N93 from its share price during trading to drop from N930 to N837 per share.

UAC Nigeria was the most active stock as investors traded 10.01 million shares worth N103.44 million.

Zenith Bank shares were traded at a volume of 9.63 million and valued at N222.84 million.

Fidelity Bank was next with 8.74 million shares traded at a cost of N19.83 million.