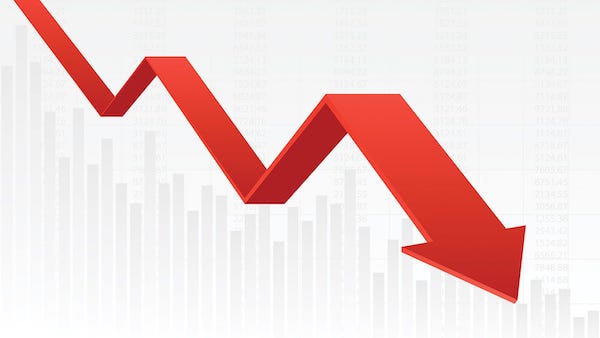 Investors at the Nigerian stock market lost N20billion during trading on the floor of the bourse on Wednesday.

At the close of trading, the market capitalization dropped to N19.70 trillion to the consternation of investors.

This represents a 0.11 percent or N20 billion slump compared to the N19.72 trillion reported on Tuesday.

This was lower than 218.27 million shares valued at N2.72 billion that exchanged hands in 3,524 deals the previous day.

FTN Cocoa led the gainers’ chart after gaining 10 percent to move from N0.30kobo to N0.33kobo per share.

Ikeja Hotel gained 9.89 percent during trading to increase its share price from N0.91kobo to N1 per share.

Linkage Assurance share price was up by 9.09 percent to move from N0.55kobo to N0.60kobo per share at the end of trading.

Royal Exchange topped the losers’ chart after shedding 10 percent from its share price to drop from N0.70kobo to N0.63kobo per share.

Zenith Bank was the most active stock as investors traded 33.68 million shares worth N795.02 million.

ETranzact shares were traded at a volume of 20.95 million and valued at N43.15 million.

Fidelity Bank was next with 13.67 million shares traded at a cost of N31.38 million.

Investment inflows to Nigeria rise by 4% despite COVID-19 downturn