Nigerian and other major African equities market open this week on the springboard of positive investors’ sentiment, contrary to the downtrend across several global advanced and emerging equities markets.

The All Share Index (ASI), the value-based common index that tracks share prices at the Nigerian Stock Exchange (NSE), opens today with a year-to-date return of 42.14 per cent, putting forward equities as the most attractive class of Nigerian financial assets so far this year. The ASI closed weekend at 38,198.60 points compared with its week’s opening index of 37,425.15 points. Aggregate market value of all quoted equities also rose from the week’s opening value of N12.899 trillion to close last week at N13.166 trillion.

On the contrary, most benchmark indices Europe, America and Asia were in the red amidst concerns over political and economic risks. In the United States of America, the S & P 500 Index and NASDAQ dropped last week by 1.6 per cent and 2.1 per cent respectively. United Kingdom’s FTSE Index declined by 2.3 per cent. France’s CAC 40 Index depreciated by 2.3 per cent. Germany’s XETRA DAX Index dipped by 2.5 per cent. Hong Kong’s Hang Seng Index dropped by 2.4 per cent. Japan’s Nikkei Index slipped by 1.1 per cent.

Russia’s RTS Index dipped by 0.8 per cent. China’s Shanghai Composite Index dropped by 1.6 per cent while India’s Bombay Stock Exchange (BSE)’s Sens Index declined by 3.2 per cent. However, Brazil’s IBOVESPA Index inched up by 0.1 per cent.

Nigerian equities rode on the back of sustained investors’ appetite in the fast moving consumer goods and industrial goods sectors. The NSE Consumer Goods Index rose by 9.71 per cent while the NSE Industrial Goods Index appreciated by 2.43 per cent last week. The NSE 30 Index, which tracks the 30 most capitalised stocks at the Exchange, also posted a gain of 2.71 per cent. However, the NSE Banking Index declined by 0.94 per cent. The NSE Insurance Index declined by 3.02 per cent while the NSE Oil and Gas Index depreciated by 2.78 per cent.

There were 37 decliners against 32 advancers during the last trading week, underlining the running undercurrents of profit-taking that seek to simultaneously monetise accumulating capital gains alongside bargain-hunting for value stocks.

Banking stocks maintained their traditional roles as the main drivers of activities at the Nigerian stock market. Three leading banks- Access Bank, Zenith International Bank and Guaranty Trust Bank were the most active, accounting for 500.11 million shares worth N11.91 billion in 3,870 deals, representing 33 per cent and 41.3 per cent of the total equity turnover volume and value respectively.

Also traded during the week were a total of 2,461 units of Exchange Traded Products (ETPs) valued at N296,838 in nine deals compared with a total of 1.17 million units valued at N16.17 million traded in 17 deals two weeks ago.

In the sovereign bond market, a total of 9,615 units of Federal Government bonds valued at N8.30 million were traded last week in 21 deals as against a total of 5,850 units valued at N5.70 million traded in seven deals two weeks ago.

With the mostly bullish trading sessions last week, market analysts expected the market situation to be tempered by profit-taking, although increasing investors’ appetite could see the market closing the week positive.

Market analysts said the expected release of the interim results and dividend recommendations of Nigeria’s most capitalised bank-Guaranty Trust Bank and other major banks such as Access Bank and United Bank for Africa, could provide a fillip for the stock market this week.

RipplesNigeria ….without borders, without fears 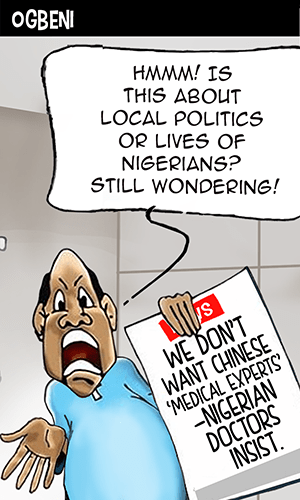