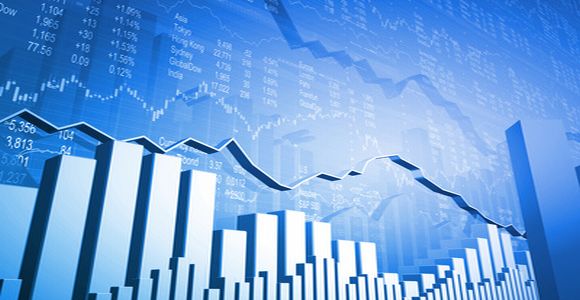 Nigerian equities recorded net capital gain of N786 billion last week, building up the total net capital gain so far this year to N2.545 trillion. Benchmark indices at the Nigerian Stock Exchange (NSE) hit new records during the week, with the market closing on a bullish rally in four of the five trading sessions.

Aggregate market value of all quoted equities at the NSE rose from the week’s opening value of N15.368 trillion to close weekend at N16.154 trillion, representing net capital appreciation of N786 billion. The All Share Index (ASI)-the common value-based index that tracks share prices at the Exchange, also recorded a week-on-week gain of 5.11 per cent to close at 45,092.83 points as against its week’s opening index of 42,898.90 points.

The three most active stocks were Transnational Corporation of Nigeria Plc, Diamond Bank Plc and FCMB Group Plc, which altogether accounted for 1.751 billion shares worth N5.023 billion in 6,131 deals, contributing 34.93 per cent and 10.96 per cent to the total equity turnover volume and value respectively.

Also traded during the week were a total of 1.947 million units of Exchange Traded Products (ETPs) valued at N105.567 million executed in 15 deals, compared with a total of 777,535 units valued at N7.689 million that was traded in 15 deals two weeks ago.

In the sovereign bond market, a total of 4,437 units of Federal Government Bonds valued at N4.260 million were traded last week in nine deals, compared with a total of 6,301 units valued at N6.298 million traded in 12 deals in the previous week.

A global review showed that the Nigerian equities market outperformed most advanced and emerging stocks. In the United Kingdom, the UK FTSE declined by 0.8 per cent. In the United States of America (USA), the S & P 500 rose by 0.4 per cent while the NASDAQ posted a week-on-week return of 0.5 per cent. In the emerging market bloc of Brazil, Russia, India, China and South Africa (BRICS), the India’s BSE Sensex rose by 2.5 per cent. Brazil’s Ibovespa appreciated by 2.4 per cent. China’s Shanghai Composite Index rallied by 1.7 per cent. Russia’s RTS Index gained 1.0 per cent while South Africa’s FTSE/JSE ASI appreciated by 1.1per cent.

“Although the market has sustained a three-week long bullish momentum on the back of increased investor participation following the uptrend in global oil prices and in expectation of improved earnings at the commencement of fourth quarter earnings season, we expect some slight profit taking in the coming week,” Afrinvest Securities stated in a weekend preview of the Nigerian market.