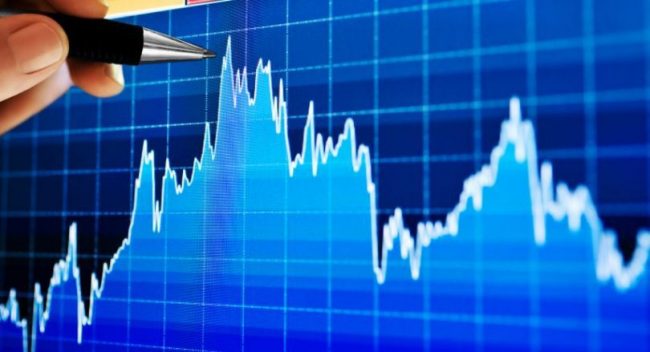 Benchmark indices at the Nigerian Stock Exchange (NSE) showed average week-on-week return of 1.11 per cent last week, equivalent to net capital depreciation of N166.5 billion. However, the supplementary listing of Lafarge Africa’s 3.1 billion ordinary shares boosted the aggregate market value of all quoted equities, thus reducing the face value of the downtrend to a loss of N20 billion.

The All Share Index (ASI)-the common value-based index that tracks share prices at the NSE declined from its week’s opening index of 41,935.93 points to close the week at 41,472.10 points. Aggregate market value of all quoted equities also dropped from the week’s opening value of N15.002 trillion to close the week at N14.982 trillion. The sustained decline depressed the average year-to-date return for Nigerian equities to 8.44 per cent. Nigerian equities had so far this month lost an average of 4.29 per cent.

The downtrend at the Nigerian equities market re-echoed the negative trend that dominated global equities markets during the week. From New York to London, Paris, Frankfurt, Beijing and other advanced and emerging economies, transactions were dominated by sell pressure. African equities were however largely contrarian and on the positive side, with the exception of Nigeria that follows the global trend.

In Africa, performance was largely positive, although Africa’s two largest markets-South Africa and Nigeria closed negative. South Africa’s FTSE/JSE ASI dropped by 2.7 per cent. However, Ghana’sGSE Composite Index rallied by 1.9 per cent while Kenya’s NSE 20 Index rose by 1.3 per cent.

Also traded during the week were a total of 4,165 units of Exchange Traded Products (ETPs) valued at N78,276.06 in 15 deals compared with a total of 1.889 million units valued at N10.512 million traded in four deals penultimate week.

In the sovereign debt market, a total of 5,152 units of Federal Government bonds valued at N4.562 million were traded last week in 24 deals compared with a total of 40,566 units valued at N44.313 million traded in 29 deals two weeks ago.

Most analysts remained optimistic on the outlook for the Nigerian equities market, with many pointing at the sustained decline as an imminent trigger for bargain-hunting. The optimism was premised on the improving macroeconomic fundamentals and steady growths by most companies. During the week, Nigerian government buckled under pressure from lobbyists and unionists and declined to sign the African Continental Free Trade Area (AfCTA), which was ratified by 45 out of the 55 countries that made the African Union (AU). The AfCTA is expected to create the world’s largest continental free trade area in terms of participating members and allows free movement of goods and services across the African countries. But positive ratings report and growing sub-national economies overshadowed the backslide from a major agreement that Nigerian had championed previously.

Standards & Poors Global Ratings affirmed Nigeria’s rating at ‘B/B’ long- and short-term sovereign credit ratings with a stable outlook. The global agency also affirmed Nigeria’s long and short term national scale ratings at ‘ngBBB/ngA-2’. A report by the National Bureau of Statistics (NBS) also showed that most states recorded growth in internally generated revenues (IGR) in 2017. Total states’ IGR stood at N931.23 billion in 2017 as against N831.19 billion in 2016, representing an increase of 12 per cent. A total of 31 states grew their IGR while only five states suffered a contraction.

“We believe declining level of valuation has presented investors with attractive entry opportunity; hence, we expect a reversal of the bearish trend in the near term,” Afrinvest Securities stated.

“Also, we look for gains in the short term, as investors are likely to hunt bargains,” Cordros Capital stated.

This week is the deadline for all quoted companies that run the 12-month Gregorian calendar year as their business year to submit their audited annual reports for the 2017 business year. Reactions to corporate earnings will moderate pricing trend during the week.