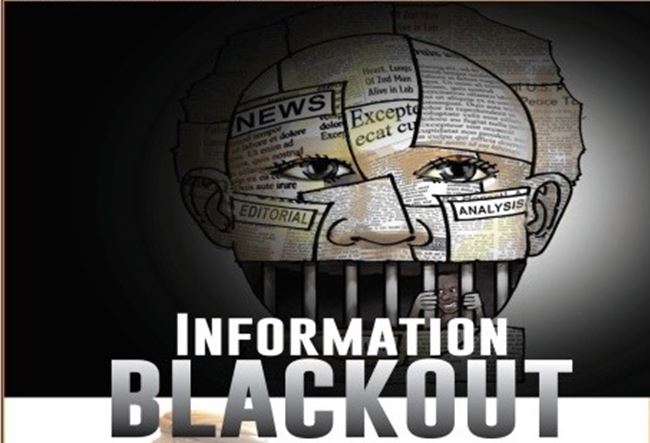 The Nigerian Union of Journalists (NUJ) Nigerian Guild of Editors (NGE) and the Newspapers Proprietors Association of Nigeria (NPAN) have started a campaign tagged “Information Blackout,” to protest against two anti-media bills before the National Assembly.

The campaign which took off on Monday and carried on the front cover of all major newspapers in the country, is sponsored by the Nigerian Press Organisation (NPO) which is the umbrella body of the NUJ, NGE and NPAN.

According to the groups, the Nigerian government and the various lawmakers want to use the bills to cage media practice in the country, and control the access and level of information made available to Nigerians.

The organisation had also objected to the bill during a public hearing on Thursday, July 8, organised by the House Committee on Information, Culture, Ethics and Values, and have now asked the lawmakers to drop the bills because of a pending court case.

It also stated that the bill, though on the surface seems targeted at the media, it is actually aimed at the “society’s right to know and be heard.”

The group added that Section 3 of the proposed bill would make the Nigerian media a department of the Federal Ministry of Information.

“A professional code of professional conduct for the media should never be subject of the approval of the ministry or any other political authority,” the group said in a communique.

“The provision of section 3 (d) constitutes a potential threat to press freedom and media survival as it does not provide for judicial intervention before highly punitive measures are handed down by the council and indeed could be used as a political weapon against the media.

“It is a matter that has been pending in court since 1999 but the first decisive ruling in the matter came in 2010 when the high court ruled that 17 out of the 39 clauses in the bill were unconstitutional.

“The federal government appealed and got a ruling in December 2010. That ruling was again appealed by the NPO and it is pending at the Supreme Court.

“Section 33 (3) and (4) does not give room for retraction and apology where a fake news is mistakenly published but recommends a blanket sanction of up to 10 million naira or closure for a period of one year or both,” the communique added.