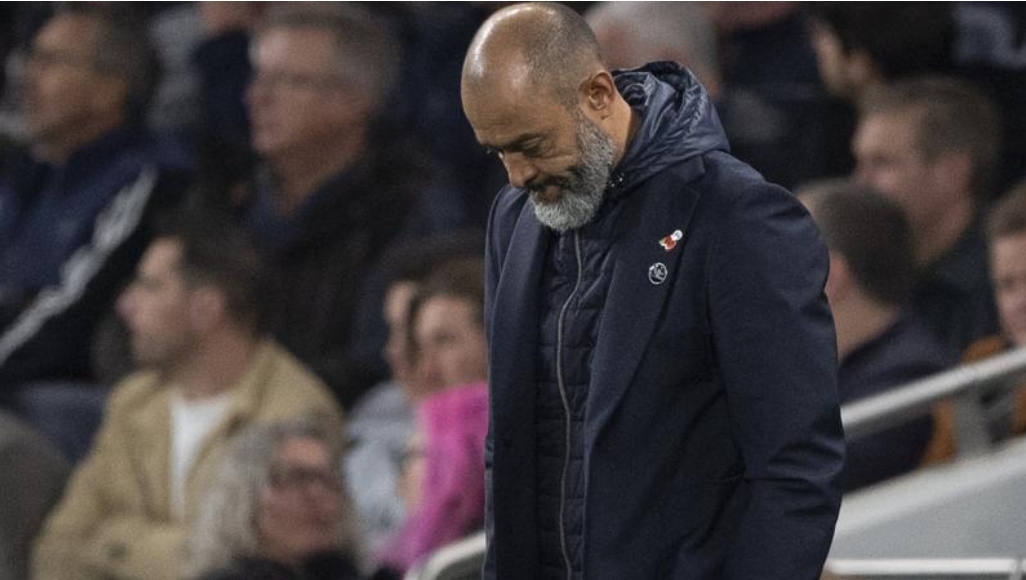 Tottenham Hotspur have on Monday parted ways with manager Nuno Espirito Santo after only four months in charge at the London club.

The Premier League side were beaten 3-0 at home on Saturday by Manchester United, a defeat that meant they have lost five games in their last seven league outings.

Recall that 47-year-old Nuno was named manager in June after he signed a two-year contract with Spurs, who are currently eighth in the Premier League, and 10 points behind leaders Chelsea.

“I regret that we have had to take this decision,” said managing director of football at Tottenham, Fabio Paratici.

“I know how much Nuno and his coaching staff wanted to succeed.”

“Nuno is a true gentleman and will always be welcome here. We should like to thank him and his coaching staff and wish them well for the future.”

Why Conte could be next manager

Tottenham, in a statement, said a decision on who will succeed Nuno will “follow in due course”.

But former Chelsea and Inter Milan boss Antonio Conte appears to be the leading candidate to replace Nuno at the club.

Recall that the 52-year-old Italian had been the club’s choice following Jose Mourinho’s exit in April, but Spurs opted not to do a deal amid concern over his demands.

Conte has been out of work since leaving Inter Milan in May, just weeks after he led the club to a first Serie A title in 11 years.

He also won the Premier League and FA Cup at Chelsea but was sacked in July 2018 after a disappointing second year in charge.

The former midfielder also managed Juventus from 2011-14, winning three Serie A titles, and took charge of the Italian national team from 2014-16.

Football coach shot as fighting erupts at a match in Argentina

Messi would like to return to Barca as technical secretary