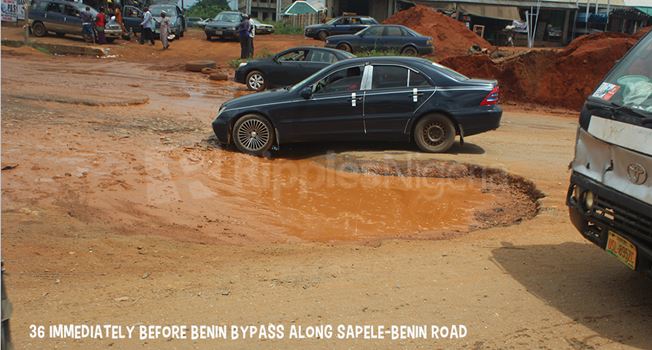 The Nigerian Union of Petroleum and Natural Gas Workers (NUPENG) has threatened to down tools over the poor state of roads in the country.

The union gave the federal government a two-week ultimatum to respond to their agitation.

Williams Akporeha, the union’s president, on Thursday at the virtual meeting of the National Executive Council noted that owners of petroleum products experience difficulties moving their products across the country due to the deplorable state of roads.

He said: “We wish to urgently draw the attention of the federal government to the harrowing experiences of the owners of petroleum trucks in the country.

“The only means of moving petroleum products across the country is by roads, using the trucks. We can confidently tell you that this means of distribution is presently endangered and require urgent federal government stimulus intervention fund to prevent it from total collapse.”

He however, urged the Nigerian government to immediately address the issue of multiple roadblocks and extortions from all security personnel, and that failure to yield to the warning of the union might lead to “a serious industrial action to drive home our case.”

“The issue of bad roads is further compounded by the various security agencies who now set up multiple checkpoints on these deplorable roads to further exploit and extort money from motorists. Petroleum tanker drivers are the worst hit by the exploitative tendencies of these unscrupulous security agencies.

“The brazen extortion of our members, especially during this COVID-19 pandemic was really disconcerting and unfortunate,” Mr Akporeha stated.