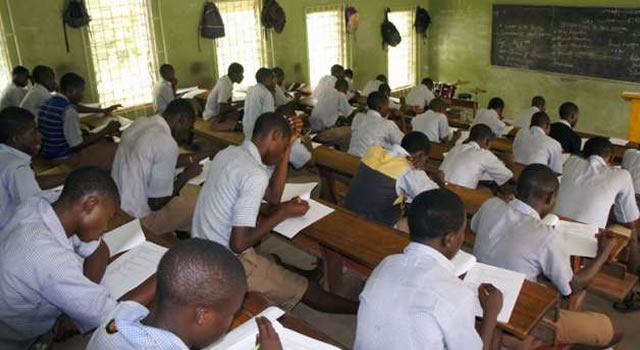 The Nigeria Union of Teachers, NUT, has decried the postponement of the 2019 general elections, saying it will have adverse effect on the West African Examination Council and other external exams.

The Lagos State Chairman of the union, Mr Adesina Adedoyin, stated this in Lagos on Saturday, adding the decision by the Independent National Electoral Commission, INEC, would disrupt schools’ second term academic calendar.

According to Adedoyin, NUT is not too happy with the disruption or postponement of the 2019 elections, because it will disrupt the school calendar.

He said: “It is unfortunate and very disheartening because it is going to affect mostly students in boarding schools.

“INEC came on air and told us that they are very prepared; they told us not to worry.

“There were even rumour that the elections will be postponed, yet INEC told us to disregard the rumour.

“The rumour now became a reality and it is affecting our children.

“In view of this, we are not too happy; some of us, who are parents, teachers and stakeholders are deeply sad.

“I have my own child who will be writing external examination this year, and will be seriously affected,” Adesina said.

Continuing, Adedoyin said that with the new elections arrangements, the students would have holidays on three different occasions in the second term.

“Do we say the students should stay at home till after the presidential elections or should they go back on Monday and returned home again on Thursday?

“There is really not much sense in the new arrangement.

“With this development, we should assume that the students have had their second terms holiday.

“Ordinarily, it has affected their holidays, because the Lagos State newly adjusted calendar says instead of having 14 days for holiday, students will only have 10 days as second term holiday.

“But, with what is happening now, I do not know how they will do it,” he said.

The NUT Chairman said that with the latest development, it would be unwise for students to return to school on February 18 and come back again home on February 21.

“Will they go back to school on Monday and return again on Thursday? Or will they remain at home till next week after the elections?

“These students are supposed to be doing serious study for those who are in SS3, and will be writing external examinations which will commence toward the end of March.

“But for us, it is unwise for students to go back to school on Monday and returned back on Thursday and after two weeks, come home again.

“The best solution is for the students to remain at home from February 18 and return to their various schools on February 25.

“This is the best thing to do, let the students stay at home,” he said.