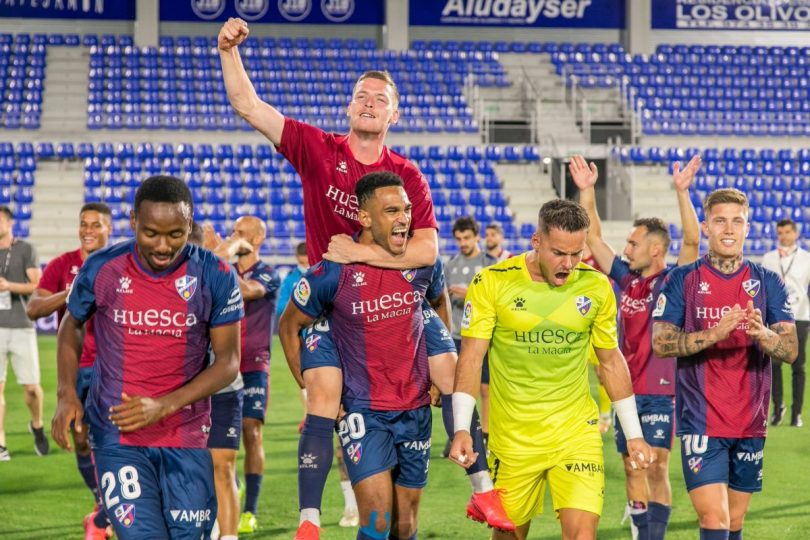 The Azulgranes won the title after edging out Sporting Gijon 1-0 at the Estadio El Molinon on Monday night, with Cristo Gonzalez netting the winning goal for the visitors in the 73rd minute.

“What a way to end the season; promotion to the La Liga: champion: first start: What a great God you are!,” an excited Nwakali wrote on Instagram after he game.

Nwakali, who featured for 90 minutes in the game, made five league appearances for the side in the just concluded season.

Nwakali was captain of the Golden Eaglets side that won the 2015 FIFA U-17 World Cup in Chile.

Huesca finished top of the table with 70 points from 42 games, and will feature in the Spanish top-flight next season.