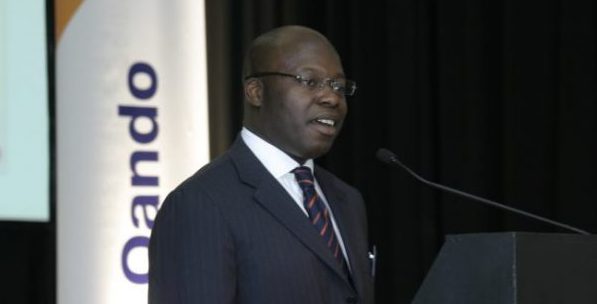 Oando Plc has agreed to settle the dispute between the company and its aggrieved investors, Alhaji Dahiru Mangal and Ansbury Inc., a major investor in investment vehicle, Ocean and Oil Development Partners Limited (OODP BVI).

Ansbury and Alhaji Dahiru Mangal, had filed petitions against Oando to the Securities and Exchange Commission of Nigeria (SEC), according to a statement sent to the Nigerian Exchange Group on Tuesday.

What you need to know about OODP BVI

But a year after, the investment company increased its interest in Unipetrol to 42 percent through an irredeemable convertible loan stock issue, before they led Unipetrol to acquire 60 percent controlling stake in Italian subsidiary rival, Agip Nigeria Plc.

The acquisition led to the merger of Ship Nigeria and Unipetrol (which was initially controlled by the Nigerian government from 1976 to 1992, after selling off its 60 percent controlling interest to the Nigerian public) into Oando Plc in 2003.

Issue between Oando and Ansbury

Ansbury is owned by Gabriele Volpi, who is the main shareholder of Intels Nigeria Limited and chairman of the company. He had loaned $680 million to Tinubu and Boyo in 2012, to acquire ConocoPhillips oil and gas, which was later bought in 2014.

Volpi invested about $700 million in Ocean and Oil Development Partners Limited through Ansbury. This gave his investment company 61.9 percent stake in OODA BVI, which is the majority shareholder in Oando, with Withmore Limited (owned by Tinubu) accounting for 38.10 percent in OODP BVI.

Oando is in turn owned by Ocean and Oil Development Partners Nigeria Limited, which has 55.96 percent of the former’s shares, while OODP BVI reportedly accounts for 99.99 percent shares of OODP Nigeria.

It was gathered that Tinubu and Boyo were unable to refund Volpi the loan, and the investor, wrote to SEC to take action against them. Following the removal of Tinubu and Boyo for alleged mismanagement, infractions and false disclosures by Oando Plc, Volpi moved to have his preferred CEO and directors to head Oando.

Oando willing to settle with Ansbury and Alhaji Dahiru Mangal

Oando has now resolved to put its disagreement with the two investors behind the company, like it did with the Securities and Exchange Commission, which sacked the company’s Group Chief Executive Officer, Wale Tinubu and his deputy, Omamofe Boyo – both are co-founders of Oando.

In the statement seen by Ripples Nigeria, Oando said its Board of Directors, which were appointed by SEC, have been authorised by the shareholders to negotiate and resolve the company’s dispute.

This follows Oando’s decision to settle out of court with SEC in July, with the company expected to pay the capital market regulator without accepting guilt in the allegation made by SEC.

Part of the statement reads that, “The Board of Directors of the Company were authorized to negotiate, take all such actions and enter into all such transactions, agreements and appropriate settlements… arising from and relating to petitions brought by Ansbury Inc. (an investor in Ocean and Oil Development Partners Limited (“OODP”) and Alhaji Dahiru Mangal (together the “Petitioners”), against the Company and certain of its directors.”

Related Topics:AnsburyOandoWale Tinubu
Up Next