Oba Akinruntan’s latest move, the return of ‘Village Headmaster’, Tiwa Savage in need of a soulmate. See other gists we tracked... | Ripples Nigeria 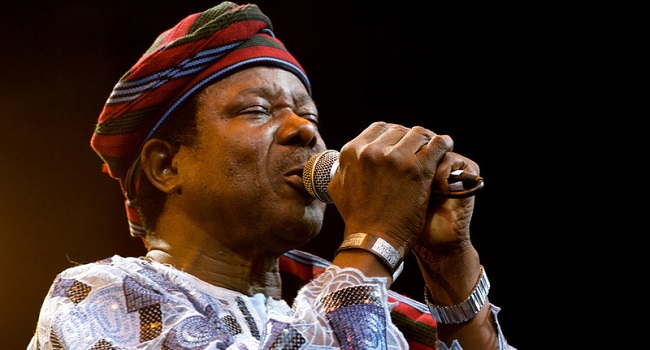 Stylish monarch and successful businessman Oba Fredrick Akinruntan, the Olugbo of Ugboland, is about to ramp up his growing empire according to reports.

We gather that the monarch who was ranked by Forbes magazine as the second-richest King in Africa and the richest in Nigeria in 2014 is about to repackage his flagship business, Obat Oil.

Reports say the repackaging process which is geared towards giving the company a competitive edge in the industry includes changing its logo and revitalising its workforce, many years after it was incorporated.

Sultry singer, Tiwatope Savage, the former wife of artiste manager, Teebillz has revealed that she is lonely at the moment and is in need of a soulmate to talk to.

The ‘Kele Kele Love’ crooner revealed this on social media when she poured out her mind while she opened up on life as a single parent, detailing how lonely she had become and needing someone to walk the rough road of life with her.

She wrote: “This road is lonely; I’m going to need someone to walk with me. I’ve seen a lot but my life would be nothing without my hallelujah.”

Tiwa Savage further added in the post on social media that she has not identified with any man since parting ways with her ex-husband Tee Billz who she shares a son with.

Fans of the much followed TV drama ‘Village Headmaster’ which originally aired from 1968 to 1988 are excited following reports that the series is to return to TV.

Celebrity Gist can confirm that the Nigerian Television Authority and Wale Adenuga Productions (WAP) have both signed an MoU officially marking the beginning of a partnership aimed at bringing the iconic Village Headmaster series back to television.

Further scoop reveals that the new Village Headmaster TV drama series which is scheduled to premiere on NTA Network in January 2021 will jointly be produced and marketed by Nigerian Television Authority and Wale Adenuga Productions (WAP).

As Sunday Adeniyi Adegeye (aka King Sunny Ade) prepares to mark his 74th birthday, congratulatory messages have continued to pour in for one of Africa’s most colourful and gifted musicians.

We can confirm that on September 22 (he was born in 1946) the man who left home, aged about 12 years, to hang out with fast-rising icons of Juju music like Ojoge Daniel and Isaiah Kehinde Dairo at the time, will celebrate his birthday.

The “King of World Beats” as he is fondly called by close admirers in music circles will likely spend his birthday in warm health and in luxuriant admiration of his ‘country-people’ amid the Covid-19 pandemic.

In a bid to cushion the effect of the Covid-19 pandemic, the Actors Guild of Nigeria (AGN) has embarked on an online fundraising campaign to take care of ailing thespians.

President of the AGN, Emeka Rollas said that the move was a way of mitigating the challenges that come with job cuts, occasioned by the COVID19 pandemic which has negatively affected business and economic activities including the creative industry.

He said that the impact has gravely affected the income of some AGN members who are incapacitated and down with life-threatening ailments.

“This has prompted this administration to seek financial assistance for these people who urgently need medical attention.,” Emeka Rollas noted.

According to him, this present administration of AGN has been overwhelmed with a lot of responsibility accumulating over time, and has been working earnestly towards the maintenance and wellbeing of its members, who presently, due to the prevalent situation in the world, are unable to cater for themselves.

Husky voiced singer, Timi Dakolo has revealed one of the most difficult things he has ever encountered as a man and as a person in life.

The Bayelsa State born musician in a no-holds-barred interview informed that standing by his wife during her battle with Pastor Biodun Fatoyinbo remains his biggest challenge in life.

Dakolo said: “It’s probably one of the most difficult things I’ve ever encountered as a man and as a person.

“When we stand before the altar and the priest and say, for better or worse, I’ll be there, these are the times when they count,” he said of his wife’s ordeal.

While explaining why his wife came out years after the incident happened; Dakolo said she just wanted to tell the truth.