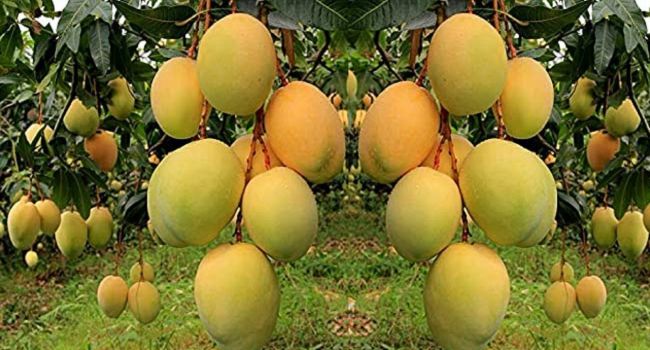 It was gathered that The Orchard Farm, which spreads across about 2,420 hectares of land has mostly Mangos and other fruits.

Although no one could ascertain the cause of the fire, it was alleged that it may have been burnt by villages who were not compensated for their land used for the farm.

Speaking on the incident, chairman of the Gwer LGA, Emmanuel Otserga, said “the fire was caused by the deliberate act of mischief makers, because the way that farm is safeguarded, there is no way fire can cross over from any quarter into the farm.”

Otserga said over half of the farm was consumed by the fire before it was put out by firefighters.

“We received a report that the Obasanjo mango farm located at Howe was on fire and I quickly informed all the stakeholders, including traditional rulers and we swiftly moved there even the Fire Service also came but by the time we will put out the fire, over half of the farm was already razed,” he recounted to journalists.

Meanwhile, The Director of the state fire service, Donald Ikyaaza, while confirming the incident, said the farm may have been set ablaze by some indigenes, who claimed they were not compensated for the land.

“My men who went there said the people were fighting for compensation for land. Maybe the land was not adequately compensated for, so that’s why they decided to set fire on the farm. That is the only information I got from them,” he added.

Ikyaaza also lamented that his men, who put out the fire, were robbed and beaten by suspected robbers.

He said, “In fact, my men while coming back in the night, armed robbers caught them, beat them seriously and collected all their handsets. That was the compensation we (firefighters) got for fighting the fire at Obasanjo’s farm. Not all the farm was burnt. Some trees are still there; the seeds were saved.”