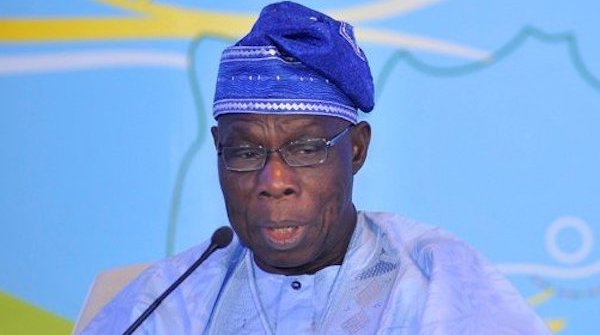 Former President Olusegun Obasanjo has been told to keep his comments over the shooting of #EndSARS protesters at the Lekki Toll Plaza in Lagos by soldiers.

Leaders of Odi community in Bayelsa State, stated this in a statement on Saturday, insisting that the former President is not qualified to condemn the killings, citing the invasion of their community by soldiers allegedly on his orders.

It would be recalled that Obasanjo had in a letter to President Muhammadu Buhari condemned the deployment of soldiers to break the protest on Tuesday last week.

The protest was embarked upon by Nigerian youths who were protesting against police brutality among other things.

In the statement jointly signed by deputy King of Odi, Chief Prenus Ogboin, the Youth President, Ikposuoyeski Inemike, CDC Chairman, Odi, Goddey Niweigha and the community’s women leader; Ebimoweni Kemepade on Saturday, the community leaders recalled the Odi massacre carried out on November 20, 1999, by the Nigerian military on the predominantly Ijaw town of Odi in Bayelsa State over the indigenous rights to oil resources and environmental protection.

According to them, the killing took place under the watch of Obasanjo who was President at the time, adding that the former president’s comment was like adding salt to their injury.

The statement read in part: “The trauma that Odi went through under President Obasanjo is still fresh in living memory. The Nigerian Army moved in tanks, the Nigerian Navy moved in warships and the Nigerian Air Force was overhead. All the forces of the Nigerian federation were unleashed on the sleepy and unarmed rural community of Odi because some young people dared to ask for their rights. It was a time no one in Odi wishes to recall.

“Definitely, there are some lectures that ‘Professor’ Obasanjo may not be qualified to deliver, especially a lecture on how to disperse a peaceful protest without violence.’’

The community leaders also insisted that Obasanjo owes the people of Odi an unreserved apology.

Oyo Senator releases list of items carted away from his house

Nigerians have right to protest and not be killed for it, Moses backs #EndSARS