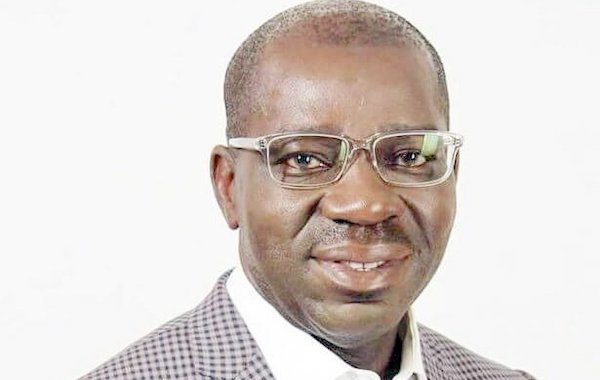 Edo state governor, Godwin Obaseki, has said the narrative that the pastoral movement and farmer/headers clashes are not related to the security challenges in Nigeria is not true.

Obaseki further stated that his administration will not avail the federal government land for the contentious Ruga settlement.

The Governor made this comment while giving a lecture on the topic “Challenges of Pastoralism and International Migration for Sustainable Peace and Development: Edo State Experience” at the Department of State Services Institute of Security Studies (Executive Intelligent Management Course 12), in Abuja.

He said: “In Edo State, we have found so-called herdsmen with maps in the forests, they clearly cannot be herdsmen who are dependent on their livelihood from their animal assets; that cannot be.

“I think it is important in the context of this discourse to make that distinction between conflict as a result of economic activities, separate from deliberate conflict that is related to other issues like insurgency and terrorism.”

The Governor said over the years the state has had issues of pastoralists or herdsmen who have come to parts of the South, Edo State using grazing routes and mixing with locals.

“Our approach is, animal husbandry is a business just like we have poultry, piggery or what have you, so from that perspective, we want to now upgrade agricultural practices as it relates to livestock.

“During the era of General Babangida, he set up ranches in Edo; we have one in Igarra and several parts of the state. They are either privatized or left fallow, so we are talking to people who purchased them to see how they can be re-activated.

“For us, because it is business like any other private business, the state should not really have much to except we create an enabling environment for those people we want to invest in livestock business.

“So, the issue of giving state land for livestock, it won’t happen in Edo State.

“However, for individuals who have land and they want to go into livestock business like we are supporting people who are doing cassava and others, we as government will support them.”

On how to resolve the incessant herders/farmers conflict, he said: “The Sambisa Grazing Reserve (4800 ha) is an ideal and symbolic place to take-off by establishing a ranch run by the military.

“It would significantly improve the security situation in the zone and encourage cooperation between pastoralists and the military.

“In the North West, the military should also be encouraged to create ranches in the Gidan Jaja Grazing Reserve (565,000 ha) for the same purpose of improving security and cooperation with pastoralists,” the Governor said.

“As we gather here for this lecture, so many Nigerians are living in fear of attack or reprisal attacks due to the growing herders-farmers’ conflict,” he said.