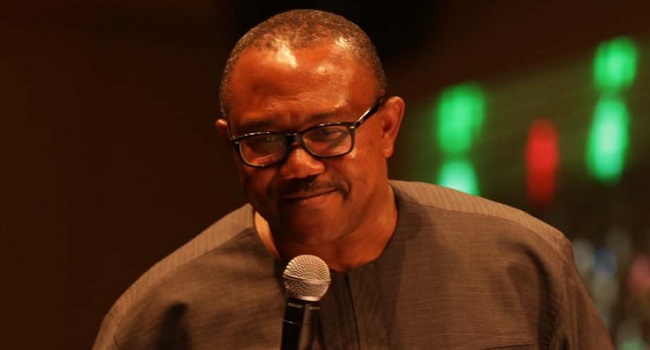 Former Vice Presidential candidate of the Peoples Democratic Party, PDP, Peter Obi has declared that Governor Godwin Obaseki’s official defection to the opposition party was a step in the right direction.

Peter Obi, who was reacting to Obaseki’s move to announce his resolution at the PDP Party secretariat in Edo State on Friday afternoon, said that his (Obaseki) decision will put an end to rascality in Edo politics.

“Your movement is a step in the right direction to end the rascality in Edo politics, especially at this time when the country should focus on ways of ameliorating the huge suffering of Nigerians due to #COVID19 pandemic,” he added.

This came after the All Progressives Congress (APC) said on Friday the defection of Edo State Governor, Godwin Obaseki, to the Peoples Democratic Party (PDP) was not surprising.

The party added that there was nothing newsworthy about the governor’s defection to the opposition party.

The National Publicity Secretary of the party, Mallam Lanre Issa-Onilu, who disclosed this in a short statement, said the ruling party knew Obaseki was heading to another party after he resigned his membership of the APC.

Osinbajo calls for debate to reduce size, cost of governance in Nigeria