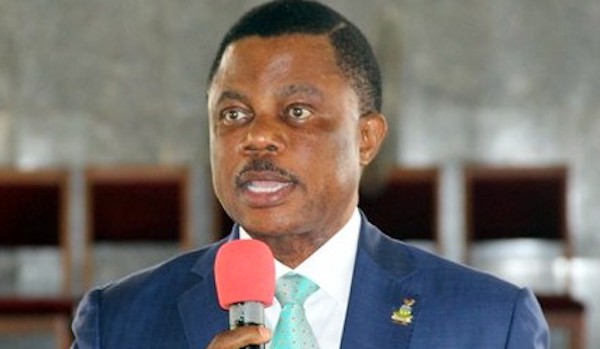 The Anambra State Governor, Willie Obiano, on Saturday directed banks, markets and transporters in the state to ignore the sit-at-home directive issued by the Indigenous People of Biafra (IPOB) and go about their businesses from Monday.

Obiano gave the directive after a meeting with members of the State Security Council and others stakeholders in Awka, the state capital.

The governor, who was unhappy about the residents’ compliance with the directive even after it was been suspended by the group, threatened to shut any market that fails to open from Monday.

He also promised to sack the leaders of such market for ignoring his directive.

IPOB had in July ordered a sit-at-home in the five South-East states in a bid to press home the demand for the release of its leader, Nnamdi Kanu, who is standing trial for alleged treason at the Federal High Court, Abuja.

The group later suspended the sit-at-home order after considering the economic implications of the action on the region.

The governor described the continuous adherence to the directive as totally unacceptable because of its impacts on the state’s economy.

He said: “Invisible voice says ‘sit at home?’ And, you just comply and lose money. You don’t know who says sit-at-home, you just lose money.

“You need to help us to solve this nonsense. It is absolute nonsense. That’s a warning. If you don’t do that, we will change your leadership.”

Kaduna govt orders schools to set up committees on security