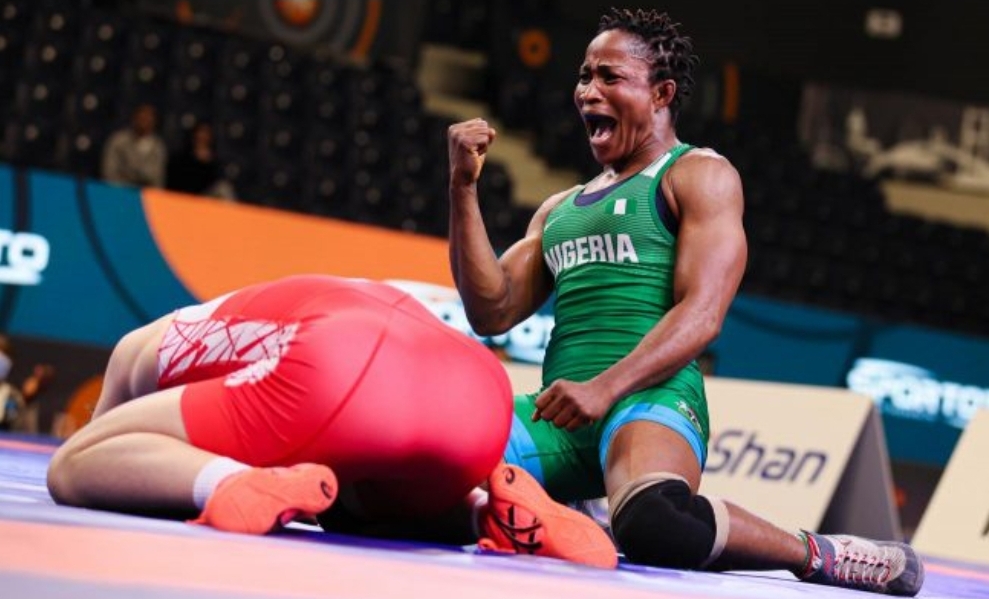 The Tokyo 2020 Olympic silver medalist defeated Meerim Zhumanazarova of Kyrgyzstani in the final of the competition.

Oborodudu had beaten Zhumanazarova in the quarter-finals at the Tokyo Olympics, and repeated the feat in Istanbul.

Fighting in the women’s 68kg final, both wrestlers were cautious at the beginning of the match, but at the end of the first period, Oburududu led 1-0.

Oborodudu went on to defend her shot attempts to gain 2-0 lead.

With 40 seconds remaining, Oborodudu managed to score a stepout, which proved crucial in the end and eventually landed her a first Ranking Series gold after two silver and a bronze-medal finish.

Speaking after claiming the gold medal, Oborodudu said:“I wrestled her in the quarterfinals in Tokyo, but here, I knew it would be tougher. I had to keep myself from attacking too much. My coach told me to move before attacking. I can say it was easy.

“I was calculating a lot in my mind. I knew if she scored, then she would get two points. So I needed it to be 3-2.

Comparing the two bouts, the African champion felt that Zhumanazarov might have taken Friday’s bout a little easy.

“She was a bit better in Tokyo than here because everyone prepares better for the Olympics. I needed to be careful to get gold. In Tokyo, I attacked to get two points and then one passivity to win, 3-2. That was difficult.

“I am so excited. Now I have African Championships in May and then the Commonwealth Games. I want to win a world medal in September.”

The wrestling tournament which started on Thursday 24, will end on Sunday 27.