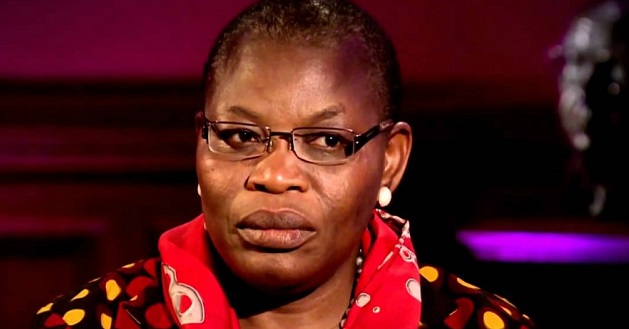 Pastor Tunde Bakare, founder of Citadel Global Community Church, has revealed that former Minister of Education, Oby Ezekwesili, actually turned down a request to be President Muhammadu Buhari’s running mate when he was campaigning for the presidency in 2011.

Bakare who later pitched his tent with Buhari and became his running mate that year, said he accepted the offer on the advice of Pastor Enoch Adeboye of the Redeemed Christian Church of God, after Ezekwesili had turned Buhari down.

Bakare who was speaking at a parley with journalists on Saturday, November 14, said that it was President Buhari who had called him, requesting that he (Bakare) should get him a running mate from the South because ‘Nigeria’s structure makes it difficult for one to win the presidential election without a handshake between the north and the south.’

“The current Vice President, Prof Yemi Osinbajo, Oby Ezekwesili, Jimi Agbaje, current Minister of Trade and Industry, Niyi Adebayo, were among those I contacted to run with Buhari then,” Pastor Bakare recalled.

He said that while Agbaje was dropped along the line, Ezekwesili, who Pastor Adeboye helped to contact, refused to run with Buhari.

“But Pastor Adeboye told me that Buhari would need a strong Christian to be his running mate. I said to him that Oby is strong too; he said no, that she must not leave certainty for uncertainty because she was working at the World Bank then,” Pastor Bakare said.

He added that it was Buhari’s insistence that he wanted the greatest grassroots mobiliser in the south-west as running mate that made him change his mind.

“I said to him that I will never seek an elective office or join a political party. He said I should pray about it and call him back in seven hours; I didn’t call him.

“I called Pastor Adeboye and informed him and he said that was it and that he already said Buhari needs a strong Christian and that I am the man and I must go there.

“I consulted across the board and I signed on at the last day to become his running mate. Of course, we didn’t win the election.”