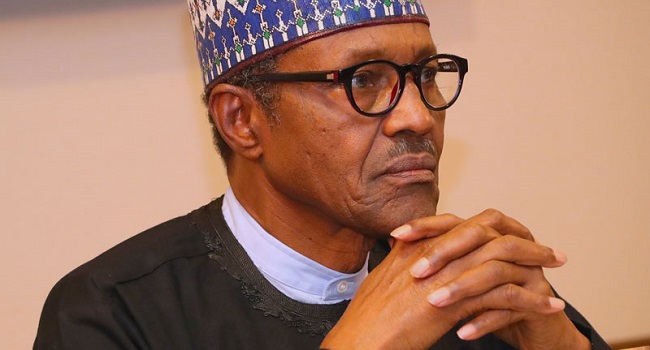 The disgraceful, belittling and embarrassing drama that characterised President Muhammadu Buhari’s presentation of the 2019 budget proposal, on Wednesday, at a joint session of the 8th National Assembly is still a subject of diverse discussions and intense concern across Nigeria and in the diaspora. President Buhari, while presenting the #8.83 trillion budget, was interrupted, at irregular intervals, by boos and cheers of the legislators.

As the President read out the achievements of his administration – such as having made strenuous and successful efforts to overcome the insurgency in the North-east, the recovery of the economy from recession, resolution of inter-communal misunderstandings, decline of inflation from a peak of 18.72% in January 2017 to 11.28% in November 2018, intervening several times to support States to meet their obligations in payments of salaries and pensions, completed and commissioned the Abuja-Kaduna Rail Line and the Abuja Metro-Rail Project, construction of additional 1,531 kilometers of roads and rehabilitation of 1, 008 kilometers of roads across the country among others – in the last three and half years, some lawmakers, mostly from the opposition Peoples Democratic Party – PDP – chorused “No!” , “Not true!”

The parliament, consequently, was thrown into a pandemonium as there was a verbal clash between the ruling All Progressives Congress – APC – lawmakers and their legislative colleagues: mostly of the PDP. The President, who wore an obviously upset mien, at this point, was forced to react by saying “The world is watching us and we are supposed to be above this”.

Bearing in mind that the National Assembly constitutes people who are representing the interests and will of Nigerians, from every part of the country, the booing, goes to demonstrate the discontentment, division, aggression, anger, bitterness, dissatisfaction and frustration that a great number of the masses feel for the Buhari led administration. President Buhari’s the world is watching response directly depicts how embarrassed he felt by the behaviour of the legislators and the kind of bad image it would create for him, the parliament and the country at large – as the world was actually watching. It is quite glaring that he was not expecting such an unwelcoming, “agbero-like”, protesting attitude and uncultured reception from them.

Inasmuch as most of the APC legislators, as expected, cheered Buhari, with the chorus of “Four more years!”, “Sai baba!” as he went on with the presentation – though this was countered by other legislators, mostly from the PDP, who bellowed “No more years!” – they cannot deny that the government, in different areas, have not lived up to the expectation of the common man in Nigeria. However, they had no choice than to express solidarity to their principal – as courtesy demands.

The rowdiness which persisted, even after the President managed to finish his presentation and left, made the Senate President, Bukola Saraki and the Speaker House of Representative, Yakubu Dogara, who could not call their colleagues to order, to abandon their speech presentations. Thus, making the ceremony to end in an unceremonious style.

While campaigning for the presidency in 2015, President Buhari rode on the wings of being the long awaited messiah Nigeria needs to set her free from the grasp of corruption, insecurity, unemployment, poverty among other state strangulating ills. However, these ills, presently, appear to have spread their tentacles more than an Octopus. It could be recalled that a day before the embarrassing budget presentation, former Chief of Defence Staff, Air Chief Marshal Alex Sabundu Badeh was shot dead by unknown gunmen at Gitata community on Keffi-Bade road, Nasarawa state, while returning from his farm. The assassination of the four-star general, who has had the honour of flying former United States of America Presidents Jimmy Carter and Bill Clinton and former United Nations Secretary-General, the late Kofi Annan, left the entire nation in shock as it lends a loud voice to the height of insecurity in the country.

More so, the gruesome and ignominious killing of Badeh has left many wondering about their safety as this directly signals the very shaky state of security in the country and the inability of President Buhari to brace up in tackling this challenge – of insecurity. This ugly incident may not be unconnected to one of the factors that pushed the legislators to behave the way they did.

It could be recalled that a few months ago, the Nigerian army discovered the body of missing Retired Major General Idris Alkali who was murdered and buried in a shallow grave – at a place called “No man’s land” in Lafande community, Jos South LGA of Plateau state. This further depicts the sorry state of security in the country. When security chiefs, who are assumed to have the needed capacity to protect themselves, are seen to be assassinated in this manner, the reverberations of insecurity would even be heard clearly by a deaf man. And this is not to mention the continuous spate of killings by the Boko Haram sect and Fulani Herdsmen.

Read also: Dear Santa, I am part of the Nigeria problem

It is of universal knowledge that high rate of unemployment is one-strong-influencer and pivot of insecurity. Lately, a report from the National Bureau of Statistics – NBS – has it that the number of unemployed Nigerians has skyrocketed from 3.3 million to 20.9 million – in the third quarter of 2018. This figure – 20.9 million – is more than the population of Togo and Benin Republic put together. An idle man, they say, is a devil’s workshop. When people are not engaged with means of livelihood, they are bound to delve into any criminal activity – which directly affects security situation. No nation can move forward when a great percentage of its population are not employed.

Unfortunately, the Buhari government is not showing serious signs of tackling the ills strangulating our dear Nigeria. For example, during the Vice-Presidential Debate, on December 14, for the forthcoming 2019 presidential election, which featured the current Vice-President, Yemi Osinbajo of the All Progressives Congress, Peter of Obi of the Peoples Democratic Party, Ganiyu Galadima of the Allied Congress Party of Nigeria, Umma Getso of the Young Progressive Party and Khadijah Abdullahi-Iya of the Alliance for New Nigeria, it dawned on Nigerians that the Buhari led administration is yet to be done with its blame game and not forthcoming with the approach needed to take us away from the rot we are in – as Osinbajo was still busy stressing that where we are today is a result of the 16 years of the PDP’s administrative ineptitude and recklessness.

It is imperative to note that addressing the challenges facing us should be the major concern of the Buhari led administration. Nigeria can only move forward when the government is determined and ready to shoulder its responsibilities. The shameful drama in the National Assembly can be averted when this path is trailed painstakingly.