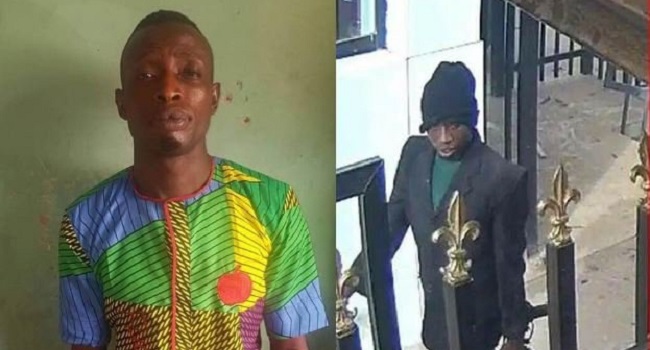 Ayoade Akinnibosun, on Friday claimed before an Ilorin High Court, that the Nigerian Police deliberately killed Michael Adikwu, a principal suspect and the mastermind behind the robberies, which claimed many lives in Offa, Kwara State in 2018.

Akinnibosun, who is one of the five persons standing trial for the bank robberies in Offa, also accused the police of asking him to implicate the Senate President, Dr Bukola Saraki, in the incidents.

He stated this while testifying before the court in a “trial within trial”.

Akinnibosun and two other accused, Ibikunle Ogunleye and Adeola Abraham, further claimed that they made their statements under duress.

Akinnibosun, who is the first accused, responding to questions during cross -examination by the defence counsel, Mathias Emeribe, claimed that Adikwu, was shot dead by one Inspector Vincent attached to the police Intelligence Response Team.

When examined and cross-examined along with the other accused, by their counsel, Emeribe, and the prosecution counsel, Razaq Gold, they alleged that they were tortured and threatened by the police to make their confessional statements.

Earlier on Thursday, the prosecution witness, Inspector Hitila Hassan, had told the court that the suspects voluntarily made their statements under his supervision.

Lead prosecuting counsel, Professor Wahab Egbewole, sought to tender the statements as exhibits but Emeribe objected, contending that the accused did not volunteer their statements which the prosecution wanted to tender before the court.

He noted that the statements fell short of the provisions of the Evidence Act, particularly sections 28 and 29.

When the matter resumed on Friday, Akinnibosun said, “Abba Kyari told me to say that the Senate President Bukola Saraki gave me the guns we used for the operations. But I declined.

“He (Abba Kyari) promised that they would reward me handsomely and set me free if I could indict Saraki. When I disagreed, they asked some policemen to take me back to the cell. During this time, my hands were tied to my legs.”

READ ALSO: Army sets up committee to probe conduct by personnel during polls

Akinnibosun described himself as a leader of Kwara South Liberation Movement mobilising young jobless graduates for the representative of Kwara South at the Senate, Dr Rafiu Ibrahim.

According to Akinnibosun and other Offa robbery suspects, Inspector Vincent also shot dead five Fulani men when they were kept at the IRT ‘theatre room’.