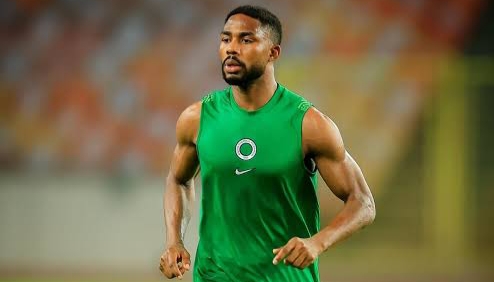 Super Eagles forward, Emmanuel Dennis has completed his transfer to Premier League side, Nottingham Forest from Championship side Watford.

Dennis could not help Watford avoid relegation from the topflight last season, and Forest have now confirmed his signing.

The pacey forward has been hired to join his Nigeria teammate Taiwo Awoniyi in bolstering the attack for Forest, on a four-year deal believed to be worth £20 million.

“Nottingham Forest is delighted to confirm the signing of striker Emmanuel Dennis from Watford,” the club wrote.

“Prior to arriving in England, Dennis’ first professional venture was in Ukraine’s top-flight with Zorya Luhansk before enjoying a productive four-year spell in Belgium with Club Brugge, notably scoring twice in a 2-2 draw at the Santiago Bernabeu against Real Madrid in the group stages of the 2019/20 UEFA Champions League.

“With seven international caps to date for Nigeria, the pacey forward links up with fellow countryman Taiwo Awoniyi to bolster The Reds’ attacking options.

“Welcome to The City Ground, Emmanuel!”

Nottingham Forest, who are two-time European Cup (now Champions League) winners gained promotion to the Premier League last season and are hoping to remain in the topflight.