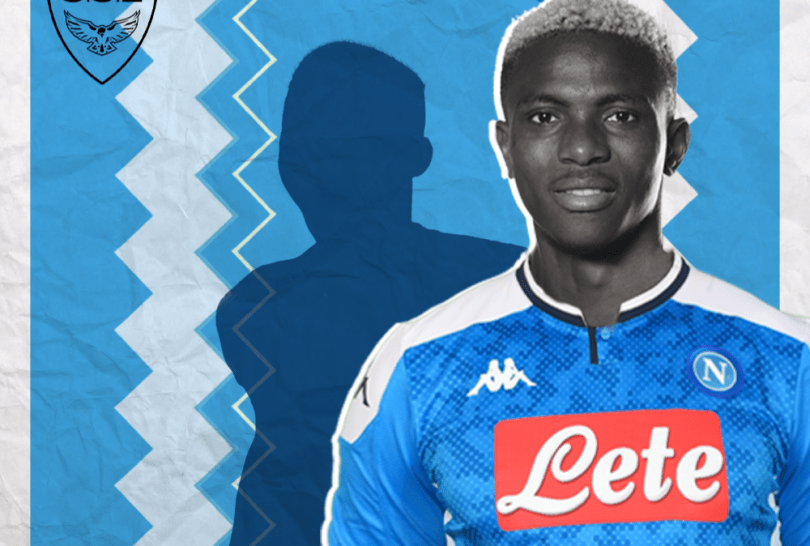 Super Eagles forward, Victor Osimhen has officially completed a move from Lille of France to Serie A giants, Napoli.

The 21-year-old, who has been very impressive and bagging accolades to show for it, has become the most expensive African player of all time.

According to French sports newspaper L’Equipe, the Napoli deal is worth more than 81.3m euros.

Osimhen penned a five-year contract with the Blues, who are currently seeking a Europa League place, with one game left to the end of the Serie A season.

The Nigerian international scored 18 goals and recorded six assists in 38 appearances across all competitions for Lille last season.

He spent the 2017/18 season in Germany at Wolfsburg before moving to Charleroi on loan the following year.

Osimhen burst into the spotlight at the 2015 Under-17 World Cup in Chile, as he clinched the Golden Boot and Silver Ball awards while steering the Golden Eaglets to the title.

For the Super Eagles, Osimhen has won 10 caps and scored four goals since making his debut in 2017.